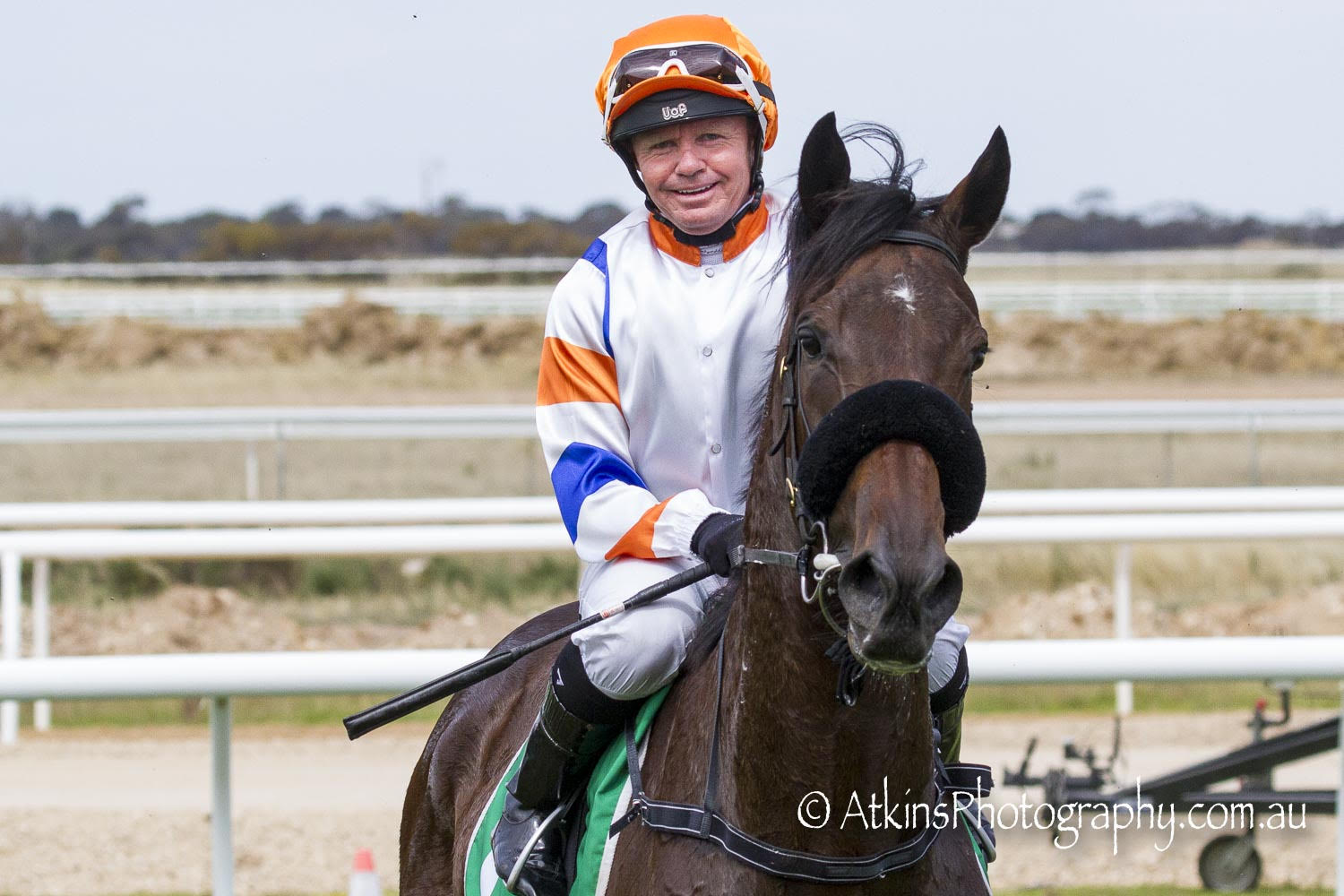 Melbourne owner Todd Hartley had double delight in seeing the first up of Kung Fu Fighting at Murray Bridge on Sunday, December 5.

Hartley enjoyed wonderful successful with the outstanding galloper Turn Me Loose, which is the sire of Kung Fu Fighting.

Trained by Tony & Calvin McEvoy, the three-year-old did a lot of things wrong on race debut but still managed to snare a last-stride win in the Golf Club Staff Xmas Party Maiden (1400m).

Bringing up a double for the trainers and jockey Barend Vorster following the earlier victory of Fighter, Kung Fu Fighting ($2.15 fav) scored a head win from Quick Return ($26) with Call It A Hunch ($10) a long neck away third.

The gelding settled sixth in the field of 10 but raced greenly indicating he was new to racing.

Vorster pulled him to the middle of the track in the home straight, but he was still giving the leaders about four lengths with only 200 metres to travel.

Finally, Kung Fu Fighting got into a rhythm, and with Vorster riding hard, accelerated and arrived basically in the last bound.

“He had no right to win,” trainer Tony McEvoy said.

“He did so many things wrong but was still able to grab victory.

“We had only given him one trial in preparation for the run, clearly we should have given him more.”

McEvoy said he was pleased for the owners who had been very patient with the three-year-old.

“He has had breathing and throat issues, and has had surgery,” the trainer said.

“There is no doubt he possesses very nice talent, but how far he goes will depend on how he handles those throat issues.

“He is by Turn Me Loose who was an outstanding galloper and who now stands at stud in New Zealand.

“Todd Hartley was in the ownership, and he has got together a group of mates to race Kung Fu Fighting.

“They have been very patient and I’m hoping he can reward them.

“He will take great benefit from the outing and hopefully he can continue to develop.”