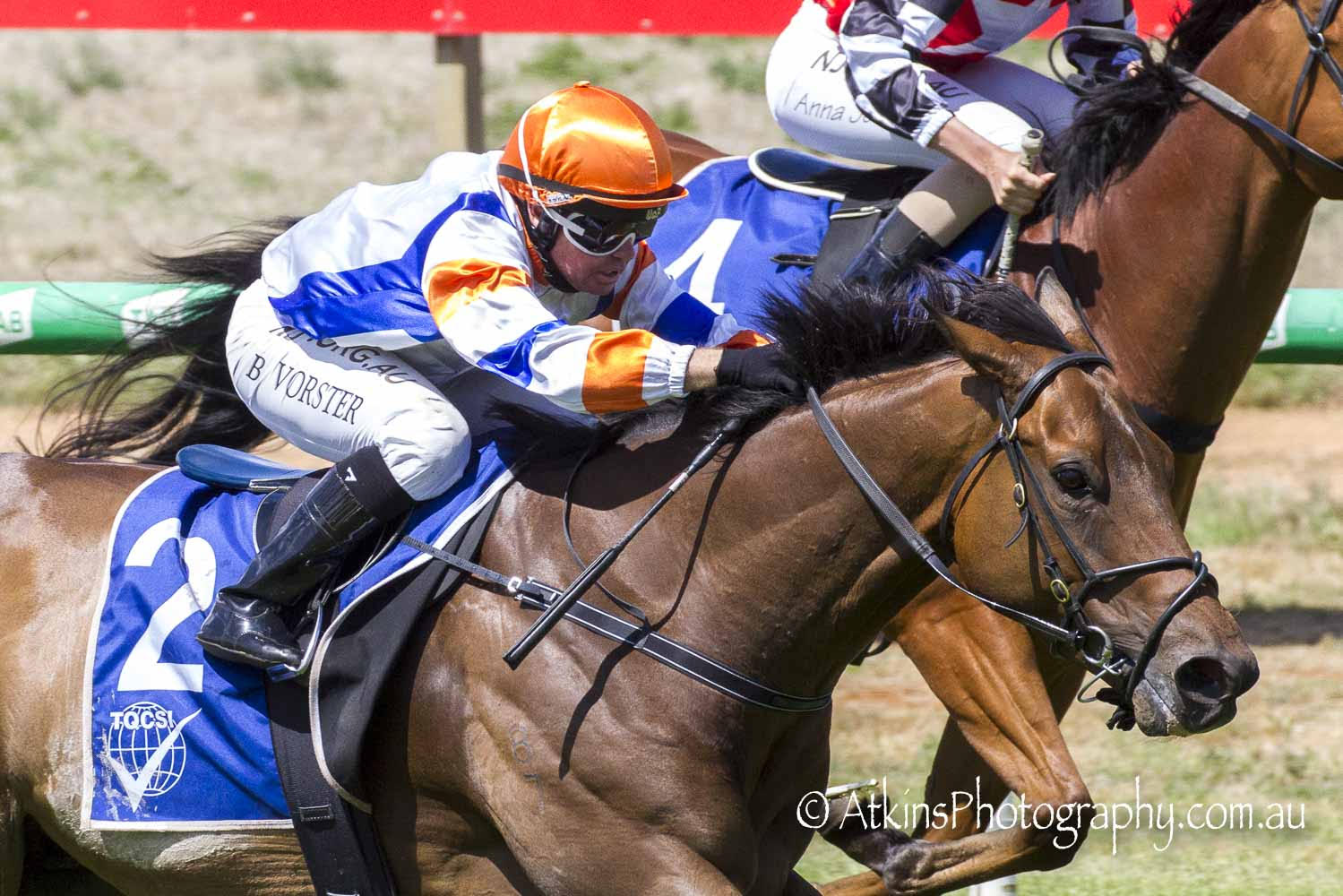 A well backed $1.90 favourite, and ridden by Barend Vorster, Cuban State ran home strongly to win the Taylors Wines Benchmark 58 Handicap (1400m) by a length from Frankel Star ($8.50) with Free of Sin ($8) a similar margin away third.

Trained by Tony and Calvin McEvoy the four-year-old is now eligible for the $100,000 Alcopop Series Final (1600m) at Morphettville on Friday, December 17.

After beginning only moderately, Vorster angled Cuban State across to sit one off behind the speed for a good run.

Turning for home, the gelding was brought to the centre of the course and responded to the jockey’s urgings gathering in the leaders to win well.

Trainer Tony McEvoy is hoping there is a lot more to come from Cuban State.

“It was a very nice win from this young horse,” McEvoy said.

“He’s got a pedigree to win the Melbourne Cup this horse.

“Unfortunately, he went in the wind for us.

“It was frustrating for us, but he has rarely let us down, he’s always run very well.

“I thought he did a big job with the 61kg today and finished it off well.

“I’ll be talking with Barend about to his breathing to see if we can go up in trip.

“At the moment he is getting enough air, but the further you go with them, the more you need your oxygen.

“If he can keep utilizing his oxygen, he’ll be fine, but we are just taking small steps with him.

“They are into a headwind in the straight here, so with 61kg on his back, he’s not a big horse, he couldn’t have done any more today.”

“I think there is always going to be a bit of a sound factor from him, but I felt he was comfortable within himself,” Vorster said.

“The pace was nice and strong, and he settled nicely behind them.

“He felt like he was breathing nicely for me, and he showed up the straight he had the energy to finish the race off.

“Last time he was three deep facing the breeze and fresh up a bit keen.

“It was an easier tempo for him today and he feels like he is progressive.

“Tony will place him in the right sort of races going forward, and hopefully we will see him in town in the not-too-distant future.”

Cuban State now has two wins and a placing from just five starts.