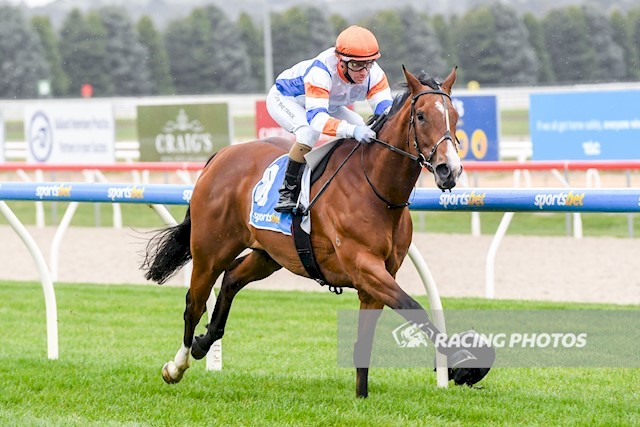 Ridden by Luke Currie, the five-year-old mare settled second early on a good tempo before dashing clear turning for home to win easily.

It was Night Passage’s fourth career win from just 16 starts but definitely her most impressive.

“It was a really easy watch,” McEvoy said.

“This mare has shown us so much at home, but she has really frustrated the stable.

“I keep saying to the ownership group how good this mare is and she has shown glimpses that she has got that type of form in her.

“She is a genuine Saturday-class mare but hasn’t been able to get it right.

“That was really good to watch today and hopefully she can take it further now.”

McEvoy said he had made a few gear changes with Night Passage.

“She was a little bit strong the other day, so we thought we would put the Norton (bit) on her, just to help the rider rate her better.

“They rolled along quite solid today, but she was in a beautiful rhythm, and I think that little tinkering of the gear helped.

“We will just be going for low-hanging fruit with her for the minute and we will continue that way, here or in Adelaide.

“She cruised over outside the leader, picked it up quite quick then put it away,” Currie said.

“It was good to see her in that form.

“She showed us last time that the ability was there, but she was still very new, very raw, doing a few things wrong.

“She seems to have matured this time, and both her runs have been really good.

“She’ll improve off the back of today as well.”

Latest News
Share
Ring rocking at Morphettville Previous
No secret, Blaze is a Cup winner Next