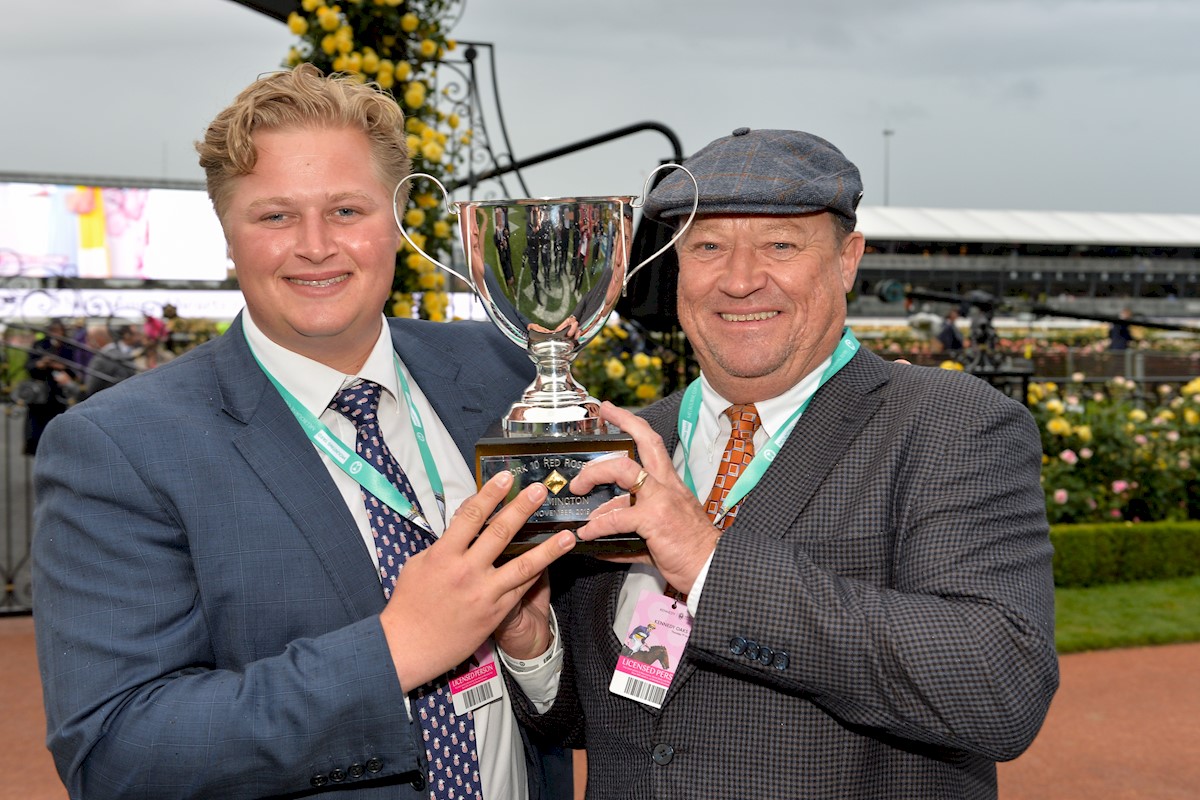 It saw the exciting introduction of Calvin McEvoy into a training partnership with his father Tony and the pair took out the South Australian metropolitan premiership.

For the third year in a row, stakemoney won by McEvoy-trained horses topped the $9 million mark.

The stable’s ability to produce successful racehorses saw the tally of winners exceed 160 for the second consecutive season.

“Joining my father in partnership this season has been fantastic,” Calvin McEvoy said.

“I feel extremely lucky to be given such a great opportunity from him to step up and join him as a co-trainer.

“It has obviously been quite a unique situation in recent months due to the COVID-19 situation.

“Normally Dad and I would be in different locations, either him in Melbourne and me in Adelaide or vice-versa. We decided to both remain at Angaston in SA since April, which has given us the opportunity to split the racing and taking a bit of pressure off each other.

“We are lucky to have such a great team over in Melbourne at Flemington, headed by Michael Shepherdson, who has been the eyes and ears to us from that base.

“For me it is certainly going to be exciting to see my name up there next to Dad’s as a SA premiership-winning trainer.

“Once again I feel very privileged to be in the position to train a good number of quality horses and to be doing it alongside my Dad.

“Before this season Dad had won eight SA premierships and four of those under the McEvoy Mitchell Racing banner.

“However, we both feel this one will be extra special being our first one together, with hopefully many more to come.”

Tony McEvoy started the 2019-2020 season solo with 13 winners before teaming with Calvin at the start of September and preparing another 148 winners.

While the total was five less than the best set by McEvoy Mitchell Racing in the previous season, it was achieved with 74 less runners resulting in the actual winning percentage going up by one per cent to 21%.

There were 21 Group or Listed winners to emerge from the Kildalton Park stables.

Tony McEvoy said he was looking forward to the 2020-2021 season and felt he and Calvin had a good team of horses to aim for feature races over the next 12 months.

“With the retirement of our star mare Sunlight it will probably be left up to three of the elder statesmen of the team to fly the flag for the stable in the big sprints,” said McEvoy.

“Hey Doc won a third Group 1 when he took the Winterbottom in Perth last November and is a genuine performer at this level.

“Despatch, we haven’t seen the best of since he won The Goodwood in 2019, but we are hoping he can recapture his old form.

“Dollar For Dollar is coming back from a long break after a hock injury. He nearly won us a Rupert Clarke in 2018 and that will be his aim again.”

Aiming for the Group 1 Empire Rose Stakes will be Pretty Brazen and Xilong.

“They are two very exciting fillies and certainly right up to this level,” he said.

“Pretty Brazen won the Sandown Guineas last spring and in her only two subsequent outings was runner up in a Group 2 and a Group 3.

“Xilong was Group 1-placed in Sydney in the autumn and then was a Group 2 winner in Adelaide.

The Rupert Clarke could easily be another option for one or both of these two girls as well.”

The Group 2 Matriarch Stakes could be goals for Aristocratic Miss and Silent Sovereign.

“Aristocratic Miss will kick off at home in the Balaklava Cup before heading off to Melbourne,” McEvoy said.

“She was third in the Matriarch Stakes last year and we’re not ruling out sending her on a Caulfield Cup path either.

“There is plenty of upside with Silent Sovereign, who has performed well in two preparations.

“Already a Group 3 winner, look out for her improving further on her CV.”

Latest Press
Share
MMR Welfare Beanies Previous
Dollar For Dollar is in the TAB Everest! Next