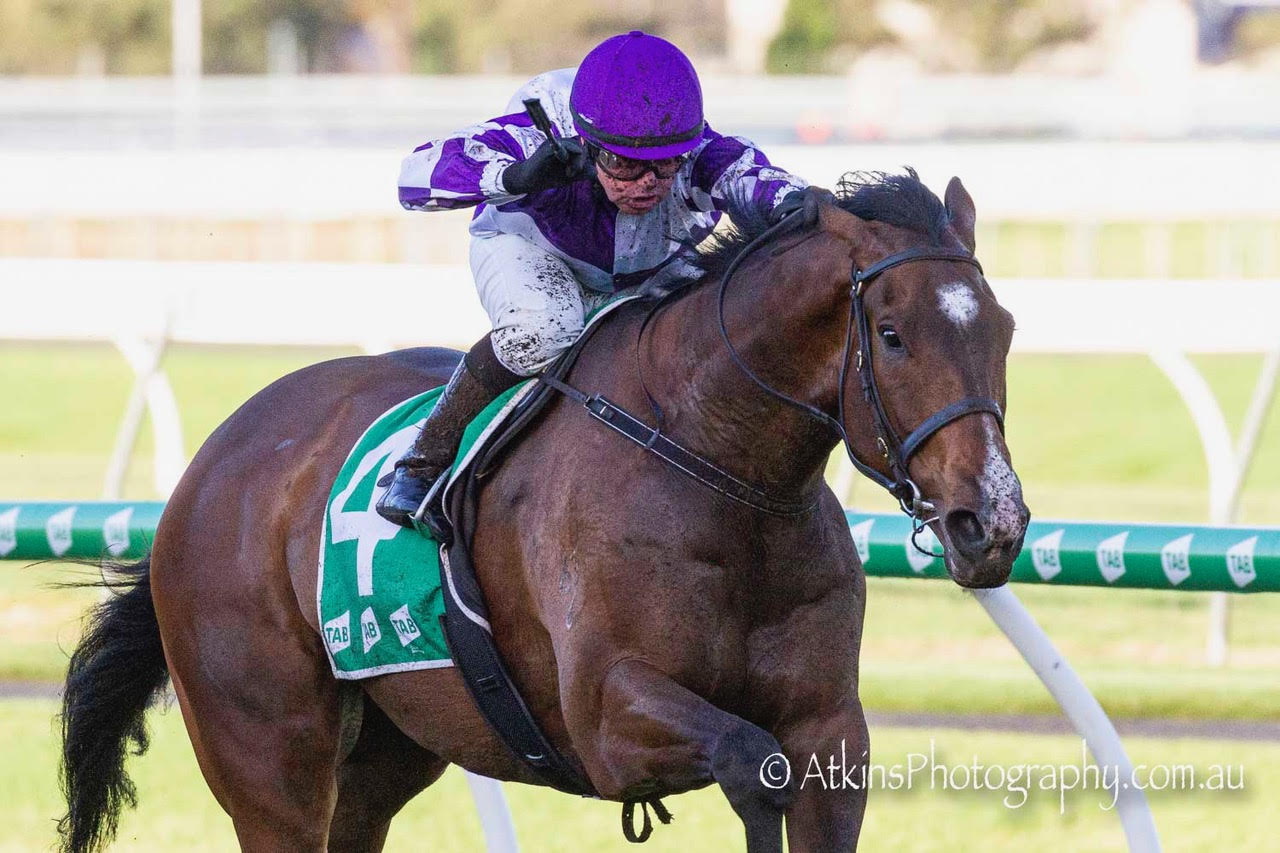 Consistent Frankie Pinot returned from a spell with a strong win at Morphettville on Saturday, June 26.

The Tony & Calvin McEvoy-trained four-year-old now has won both his starts at the track and trip scoring his maiden victory there on September 12 last year.

Frankie Pinot ($9.50) began fairly but couldn’t muster early pace and settled second last in the field of 10 on the heavy 9 rated track.

While other jockeys looked to scout wide turning for home, Vorster elected to come through a lot closer to the inside rail and the gelding responded.

On the line, Frankie Pinot arrived to score a three-quarter length win from Kayseri ($10) with Lakes Folly ($5), 1-1/4 lengths away third.

Trainer Tony McEvoy said he was delighted for owners Anne and John McDonnell and their family.

“They bred the horse and have been wonderful owners, also racing the group mare Cool Passion,” McEvoy said.

“Frankie Pinot had a knee operation after his last run in November last year.

“Anne and John have the care and compassion for their horses and said to take as long as was needed for him.

“We have given him three jump outs in preparation for today and he went in a fit horse despite not having raced for about eight months.

“We didn’t plan to get as far back but he just couldn’t muster enough early pace.

“Credit to Barend he didn’t panic and weaved his way through.”

McEvoy said Frankie Pinot had been a little under-rated by many pundits.

The gelding now has three wins, two seconds and a third from just eight starts.