McEvoy Mitchell RacingLatest News All well with the World 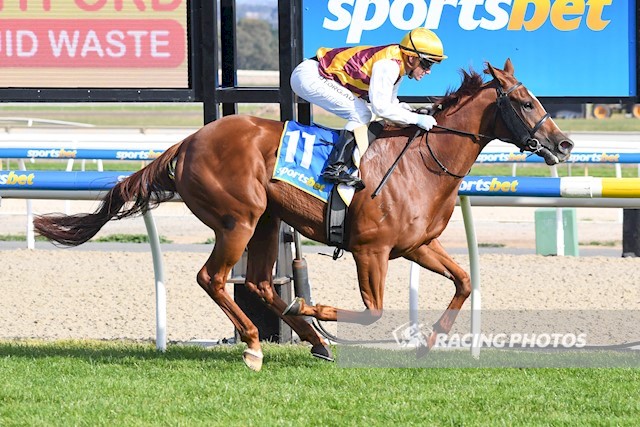 All well with the World

Heavily backed Who Runs The World broke through for her maiden win at Ballarat on Wednesday, April 28.

Ridden by Luke Currie, the three-year-old filly began smartly from gate seven and cruised to the front and led throughout.

Calvin McEvoy said he was surprised it had taken the filly so long to win her maiden.

“When she made her debut, if you told me she would still be a maiden after 10 starts I would have said you were mad,” McEvoy said.

“Rather, I would have thought it more possible she might have won 10 – certainly at least one.

“On her track work, I can’t believe she hadn’t won before now.

“Thanks to the owners for their patience, they are the ones who deserve the rewards.

“She just found the 1200 metres too far at Strathalbyn at her last run.

“We decided to bring her across to Ballarat and she has settled in perfectly and this race looked ideal.

“I am hoping now that she has broken through, she can go on and show everyone her true ability.”

Winning jockey Luke Currie said Who Runs The World had always been in control.

“She jumped really well and I made use of that to cross down to the rail and lead.

“She came back to me beautifully, then gave a really good kick on the turn.

“I was aware the other well fancied runner was outside me and being a first starter, I wanted to put it under pressure on the home turn.

“My filly was able to put a few lengths on the rest of the field and never looked likely to be caught.”