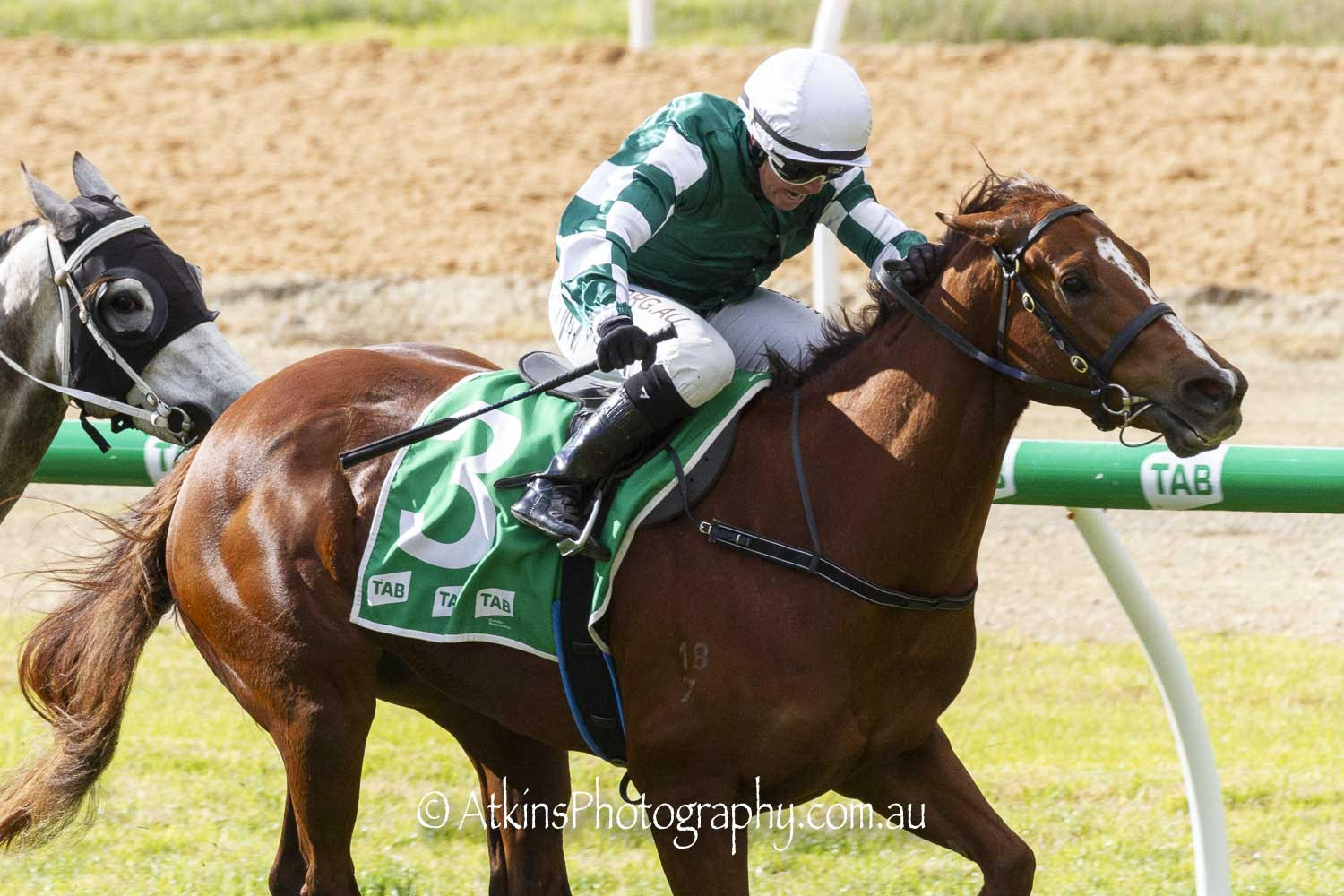 Zoushine shines at the Bridge

Having her first run since January, Zoushine, trained by Tony & Calvin McEvoy and ridden by Barend Vorster, took out the Dutton’s Easy To Do Business With Plate (1200m).

The daughter of Zoustar settled midfield away from the fence before Vorster allowed her to track into the race turning for home.

The filly extended past the 300-metre mark to grab a race winning break.

Her lack of racing told near the post, but Zoushine ($2.90) held on to win by a half-length from Spinola Bay ($11) with Yuri Royale ($26), three-quarters of a length away third.

The filly was well placed by the trainers as the event was a Racing Rewards SA race with added prizemoney which saw connections pick up $55,225 for the win.

Zoushine’s breeders Brenton and Elizabeth Park remain in the ownership group along with the Best and Fairest 2 syndicate, managed by Michael Shepherdson and the Tikka Syndications managed by Jack Cripps, who works in sales and syndications for McEvoy Mitchell.

“I have to say I was a little bit nervous about her being first up at the 1200 metres,” McEvoy said.

“Then she threw us a curveball at the start when she missed away.

“Credit to Barend (Vorster) he didn’t panic and allowed her to balance up.

“She also got a prat at the 600-metre mark which she didn’t like.

“However, once balanced up again she let down really well.

“She was out on her feet at the finish but had put up a great effort.”

McEvoy said he would freshen the filly up before attempting to pick up some more black type for her pedigree.

“With today’s run under her belt I think it would be a perfect race for her,” McEvoy said.