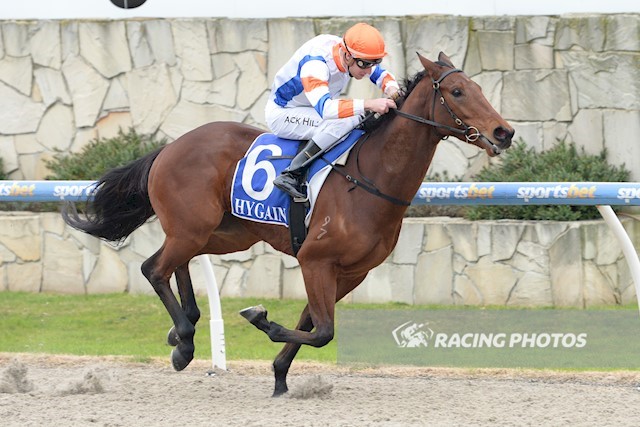 Trainer Tony McEvoy’s love of the stock of the stallion Nicconi is well known and another youngster broke through on race debut for the stable on the Pakenham Synthetic on Saturday, July 10.

Jucconi, trained by Tony and Calvin McEvoy, led throughout to win the On Tour With Ab TV Three-Year-Old Maiden (1200m).

“Right from day one he has always shown us something,” McEvoy said.

“But he was just so immature, and really didn’t want to be trained.

“That is why he was only having his first run today and will actually turn four in less than a month.

“There was always something going wrong but finally we got him to the races.

“In his gallops he has been showing a tendency to hang in, but jumping to the front today, he had the inside rail to guide him.

“Once he led he was going to be hard to beat. But we won’t know until tomorrow whether we can go or, or he will have to have a break.

“It has been a frustrating ride for the connections which includes a few of the Port boys headed by former player John Butcher.

“Their patience was rewarded today and I’m sure they are going to have some fund with him once he completely matures.”

Jucconi was a $125,00 yearling purchase at the 2019 Melbourne Premier Yearling Sale.