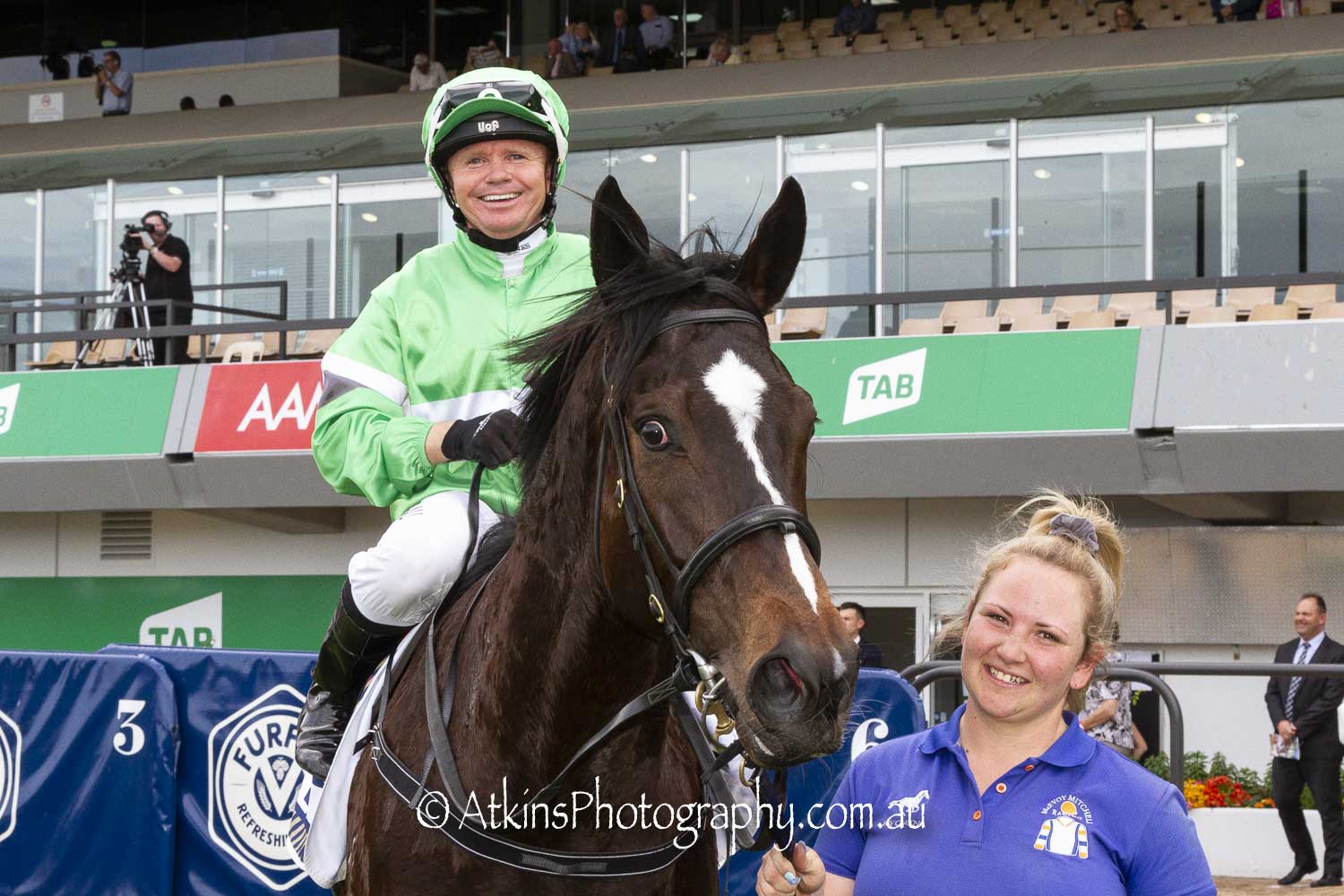 Promising three-year-old filly Vancity Gem made it two wins from two starts with an all-the-way win at Morphettville Parks on Saturday, October 3.

The victory brought up a double for trainers Tony & Calvin McEvoy and jockey Barend Vorster who had won earlier in the day with the dashing filly Amuri.

Easy in the market drifting from $2.40 to start $3.90 favourite, Vancity Gem controlled the race before lengthening in the home straight to win the Mitch Is Getting Hitched Benchmark 58 Handicap (1300m).

A number of horses launched challenges, but the filly kept answering to score by three-quarters of a length from Rikibobby ($14) with Keysor ($21) a head away third.

It was a good effort by the daughter of stallion Vancouver as her debut win at Balaklava was over 1050 metres and today she stepped up an extra 250 metres in distance.

Trainer Tony McEvoy said it had been a great effort.

“She is only a three-year-old, took on the older horses outside her benchmark rating and had to come from the extreme outside draw of 13,” McEvoy said.

“The lead didn’t come easy and Barend had to push her along to find the front.

“She was there to be beaten but lengthened beautifully in the home straight and kept finding.

“I think it is a bit of a problem here in South Australia.

“After her win, there was nothing for her against her own age which suited so I think there was a lot of merit in today’s win.

“I will send her up to the farm at Murbko to sweeten her up before finding a nice race for.

“I think she is a stakes-class filly.

McEvoy said the owners had previously raced the Group winning filly Precious Gem then sold her but opted to buy her first foal, this filly, for $130,000.