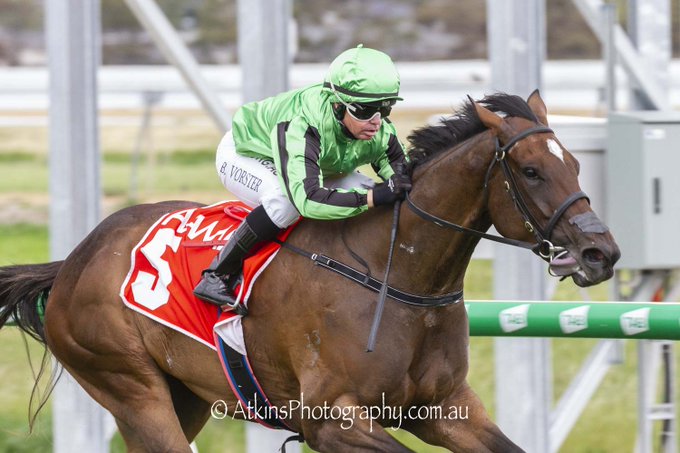 At Moonee Valley on Friday night, it was Meteorite which ran a track record, today, at Morphettville Parks, Amuri left her rivals in her backwash.

Ridden by Barend Vorster, Amuri led throughout in the AAMI Three-Year-Old Maiden (1000m), and after controlling the tempo, sprinted away in the home straight to win by 6-1/4 lengths.

The McEvoys have always had a huge opinion of the daughter of Zoustar and elected to give start her first up in a Listed race at Flemington but she was never a chance.

After a spell, Amuri today showed why they had chosen a tough debut for the filly.

“She’s always had a beautiful action, great economics and faster than most,” McEvoy said.

“She’s had throat surgery, so she has had a bit of a chequered time.

“It looks like she is getting enough oxygen there at the moment.”

Amuri is raced by the Widden Stud Pty Ltd, managed by Antony Thompson and the Dodgy Investments Pty Ltd managed by Geoffrey Evers.

“They are good supporters of the stable,” McEvoy said.

“They thought I was quite mad when I ran her in a stakes race first time out.

“I think today they saw what I have been seeing for some time.”

McEvoy said he would keep the filly ticking over with a view to running her in the Group 3 Network 10 Red Roses (1100m) at Flemington on November 5.