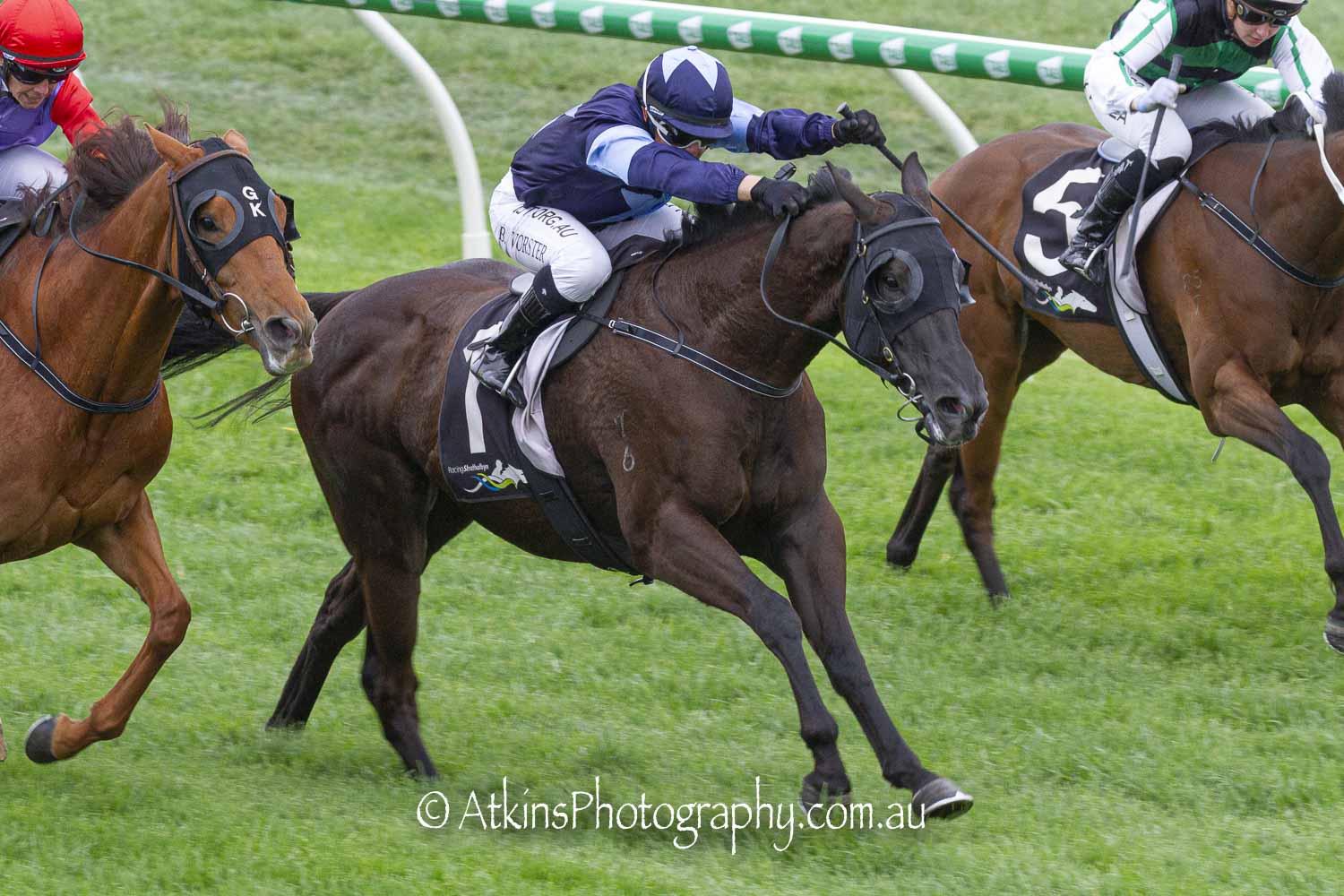 The Pugilist cleans up rivals

Trainers Tony & Calvin McEvoy completed a perfect day at Strathalbyn when The Pugilist ‘knocked out’ his rivals on Wednesday, December 16.

The McEvoys took two horses to Strathalbyn and came away with as many wins following the earlier victory by Siberian Route. The victory made it 10 winners from the stable’s last 16 runners at Strathalbyn.

Both were ridden by stable jockey Barend Vorster, who went one better landing another winner on the program for a riding treble.

The Pugilist defied an amazing betting drift to win the Northpoint Fleurieu Class One Handicap (1350m).

After opening at $2.50, the four-year-old, having his first run since June, drifted to eventually start at $4.20.

Despite covering ground, Vorster always had the gelding in a good rhythm, and he swooped around the field to join the leaders turning for home.

The Pugilist responded to Vorster’s urgings to score a neck win from Lyrickin’s Dream ($21) with Discrepancy ($2.10 fav), a length away third.

Finn McCarthy, SA stable foreperson for McEvoy Mitchell Racing, was delighted to land the perfect result for the trainers.

“Tony has gone over to Melbourne to look at the new stables at Ballarat,” McCarthy said.

“I’m sure he will be happy we have been able to deliver a perfect result.

“The Pugilist had the blinkers on again and a tongue tie on today.

“During his trials he had been a bit lazy, so we changed the gear around a bit.

“It sharpened him up for his last trial and he was very good today.

“The horse has been going quite well but running into placings quite a bit.

“He has been finding it hard to get in front on the line but I’m glad he did today.”

Today’s win was the second for The Pugilist with six placings from just 11 starts.