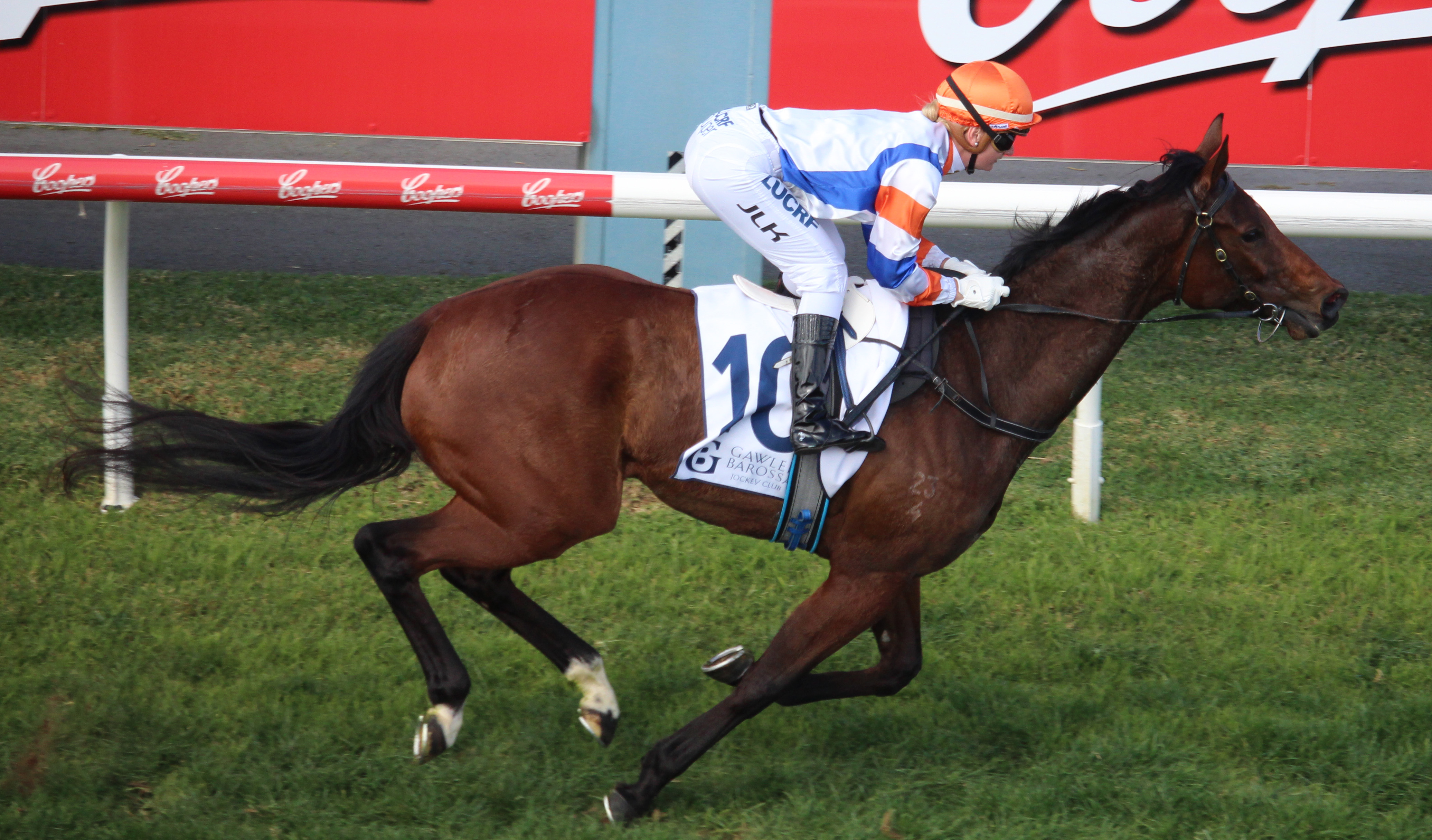 McEvoy brought up a race-to-race double at Gawler when Sweet Mischief demolished her rivals in the Friday 26th Oct Gawler Maiden (1700m).

He had won the previous race with Magic Sunset, and in between also had an easy win with Vinland at Flemington.

The winner was ridden by Jamie Kah who also brought up a double having been aboard McEvoy’s Magic Sunset in the previous event.

Assistant trainer Calvin McEvoy said Sweet Mischief was a lightly-framed filly who had appreciated a break during the year.

“She trialled the best she ever has before resuming at Balaklava,” McEvoy said.

“The track bias didn’t suit her that day and her work since has been good.

“I told Jamie to make sure she enjoyed a good win today and I’m sure she will get a lot of confidence from the victory.

“I believe she can progress through the classes this preparation.”