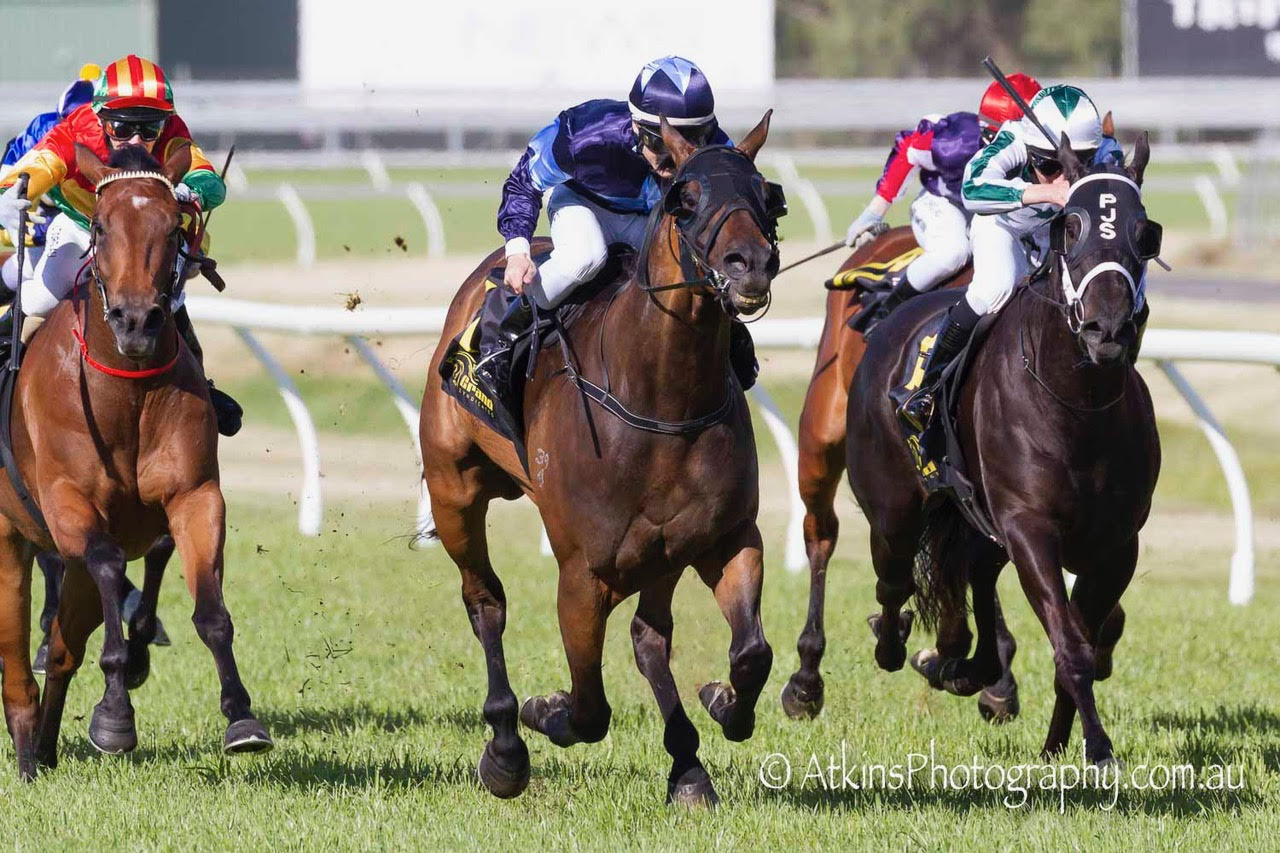 The son of Commands turned in a tough performance to outstay his rivals in the Grand Syndicates Benchmark 68 Handicap (1400m).

The victory brought up a double for the trainers who had Star of Chaos win earlier in the day.

Ridden by 3kg claiming apprentice Ben Price, Renegade was caught wide throughout but still ran strongly through the line to win.

Today’s race was a heat of the Happy Trails Series and qualifies Renegade for a start in the $100,000 final at Morphettville Parks on Saturday, November 6.

Renegade had finished well back in two runs from a spell, so the McEvoys decided to bring him back to Adelaide to try and recapture form.

Trainer Tony McEvoy said he was pleased to see a return to form.

“The horse had been working really well here at Ballarat but disappointed in his races,” McEvoy said.

“So a trip away and change of scenery was the recipe, we added blinkers again, and it worked.

“The final of the series looks a perfect next start for him.”