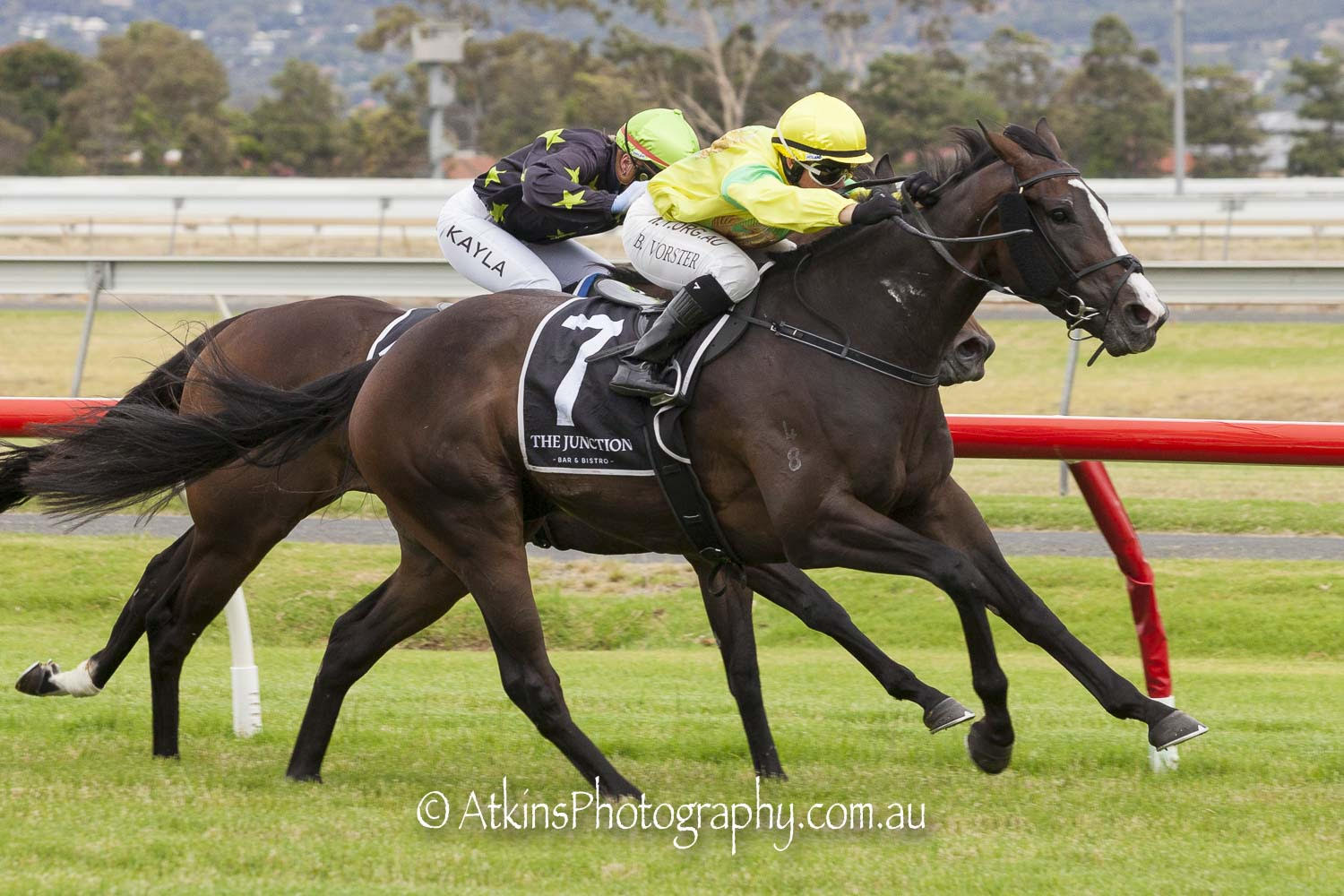 Three-year-old Race Against Time indicated he was a promising middle-distance performer with an excellent win at Morphettville on Friday, December 17.

Heavily backed from $4 into $2.15 favourite, Race Against Time was given the run of the race by Barend Vorster in the Phoenix – Everest Greyhound Plate (1600m).

The Tony & Calvin McEvoy-trained gelding didn’t begin best but was able to settle three back on the inside in the early stages.

Vorster allowed him to stride forward past the 400-metre mark and he ran home strongly in the home straight.

Race Against Time won by three-quarters of a length from Yellow Idol ($6) with Charm Slinga ($9.50) a long neck away third.

“He’s been very consistent, but the penny hasn’t quite dropped.

“That will take him a long way, winning that race today.

“I think he will get further too, this fella.

“He was a beautiful yearling at the Adelaide Magic Millions Yearling Sale, and he presented like a horse that would be quite sharp, but he just didn’t have the speed.

“I will think about stretching him out to a bit further now he can go on with it.

“Penwortham was a bit too good for us last time at Gawler, came off our back and beat us, but there was three lengths back to third.

“So, I think he deserved that win today.”

“He jumped out a little bit sideways.

“I had been looking to be just behind the leader, but the pace was nice and genuine, and he landed in a good spot for me.

“On a nice big track like we are today at Morphettville I was just able to bowl up into it.