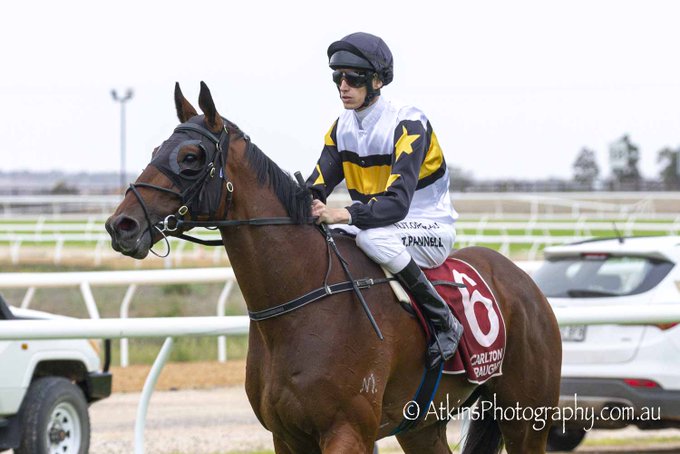 The stable took three horses to the complex, in races two, three and four so after Huayu Rainbow and Fountain Of Youth won, Gede made it the perfect hat-trick.

A $4.40 chance ridden by Todd Pannell, the three-year-old gelding finished strongest to win the Smedley Tyre Service Maiden (1400m) by half-a-length from Monraaj ($5) with Club Double ($6) a long neck away third.

“It really was a good day and it doesn’t happen often,” McEvoy said.

“We’re very lucky and thank you to all the staff, both in Melbourne and here in Adelaide.

“It is a busy time of the year for all trainers, especially us, we’ve been at the sales and I’ve been in the Melbourne stable.

“It just shows with John Cornell, Linda Wars is back, Mick over in Melbourne and Finn, it’s a big team and they do such a good job.

“They present these horses to the races so well for us.

“He needed every metres of the 1400m today, but he will be out to 1600m next time and he’ll be competitive again.”

Todd Pannell said the race had worked out perfectly.

“There were a few who went forward and put enough tempo in the race, and I was able to slot in midfield in a really good spot,” Pannell said.

“The horse switched off, even with the blinkers on.

“It was good to see him switch off and relax.

“He showed to today he needed all of the 1600 metres and hopefully I can be on him again next start.”