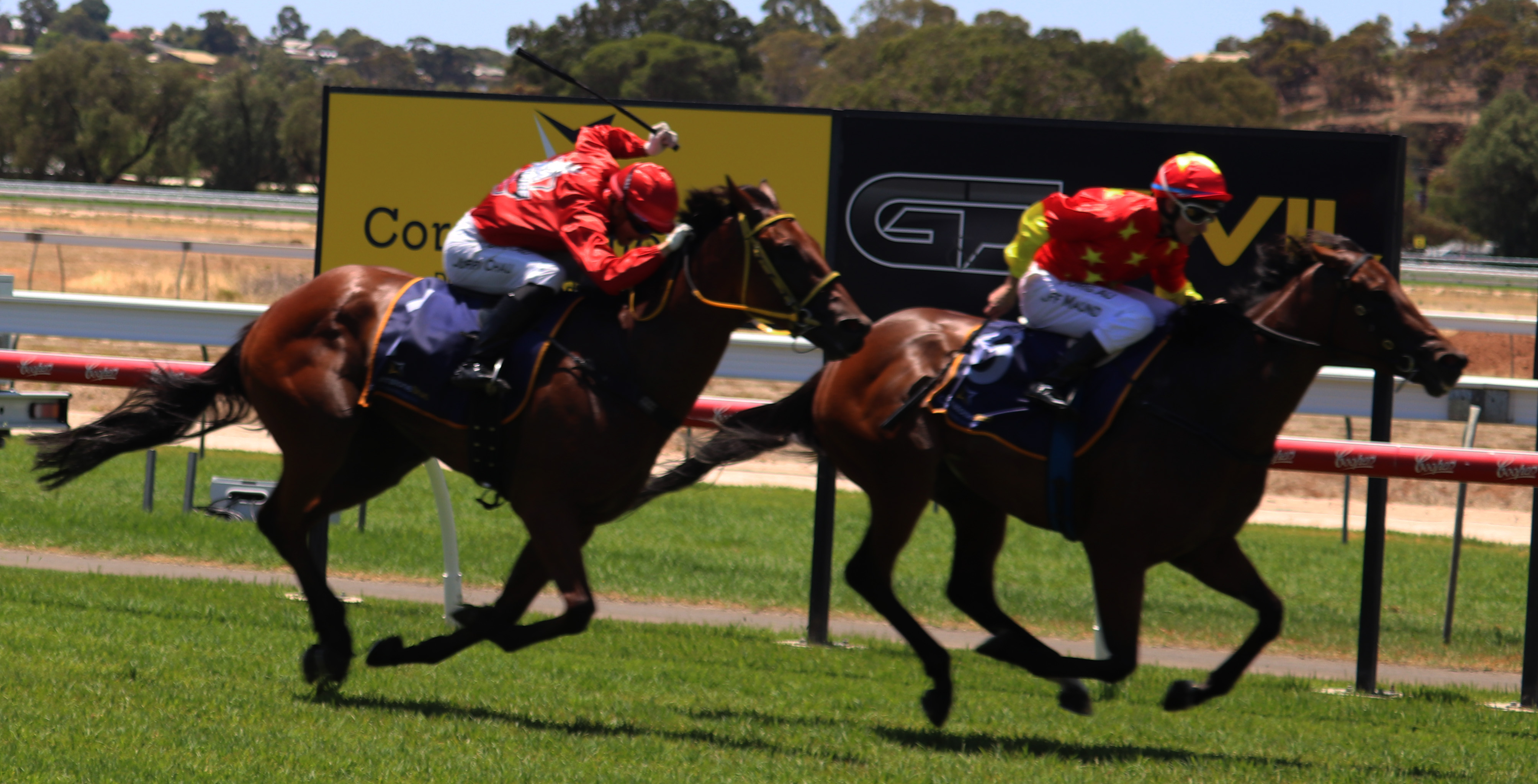 Just Zerene, the filly with undoubted ability, but also a bit of temperament, made it two wins in a row with success at Gawler on Saturday, January 25.

Her win brought up a two-state double for trainers Tony & Calvin McEvoy as Jentico won at Caulfield in Melbourne.

The filly jumped three-quarters of a length clear from her wide gate and Maund allowed her to stride forward and find the lead.

She was strongly challenged about 400 metres from home but responded to hard riding and maintain her advantage to the post.

John Cornell, SA stable foreman, said he felt while she was still a bit edgy, Just Zerene had improved her race day manners from a maiden win at Murray Bridge on January 11.

“I thought her behaviour pre-race was really good,” Cornell said.

“She kept calm and was a lot easier to manage.

“At the gates I thought she was really good apart from one hiccup when they went in, but you have to realise that with a blindfold you have got to be aware she can hit the side.

“Overall her behaviour was excellent.

“Realistically she hasn’t had a lot of racing so is still learning what it is all about.

“She is racing now like she is looking for 1400 metres.

“It didn’t look great, but we were happy enough.”

Winning jockey Jeff Maund said Just Zerene had been the class horse of the race.

“Albeit she didn’t win by a big margin,” Maund said.

“She wanted to overdo it early.

“I would have liked her to come back a length or two underneath me early.

“Each furlong marker she reached she wanted to tick along a bit quick.

“She still stayed on strong and will get better with time and racing.

“At the moment she wants to run through the bridle, but I’m sure she will eventually learn to settle.”