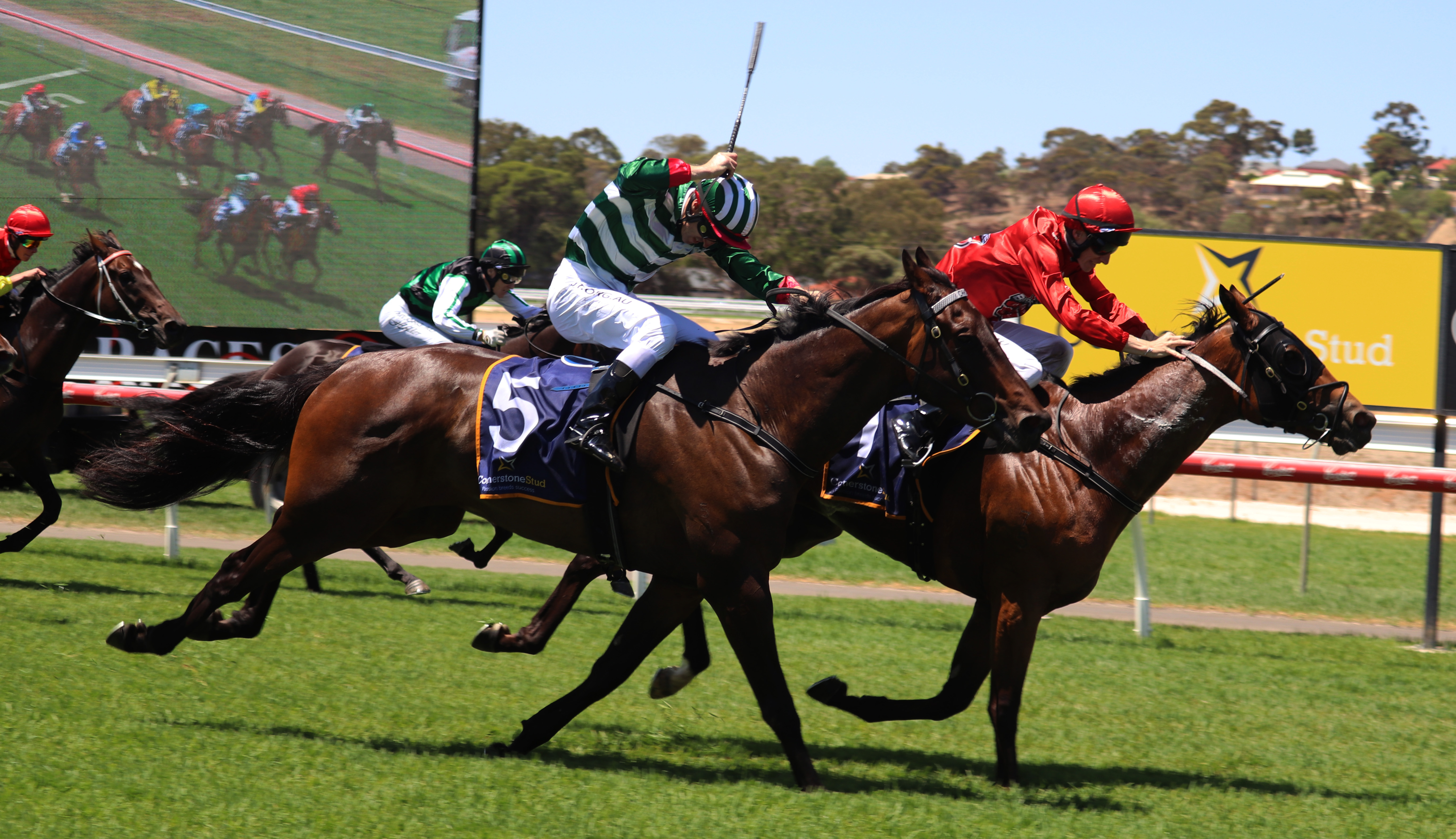 Allusion indicated he was a middle-distance performer with potential with a second-up win at Gawler on Saturday, January 25.

Pannell had the four-year-old, one-out, one-back in running before taking him to the lead 300 metres out, then riding hard to hold off the runner-up over the final stages.

The win gave trainers Tony & Calvin McEvoy a Gawler double having won earlier with Just Zerene and a Saturday treble as Jentico won at Caulfield in Melbourne.

“He’s a horse who has had a couple of interrupted preps but always shown us a lot of talent,” Cornell said.

“Tony and Calv have given him a bit of time to make sure he is in the right race.

“The first-up second was very good and the winner Master Chum franked the form by winning well at Murray Bridge last week.

“We ended up in a nice spot in the run,” Pannell said.

“They weren’t going hard early, but my horse was still able to switch off, even with the visor on today – we just had a soft run throughout.

“He was able to show enough turn of foot coming into the straight where he was able to go up one more gear and stick his head out on the line.

“He fought on really good.

“Second up today his fitness is coming along good.

“He has done an excellent job second up.”