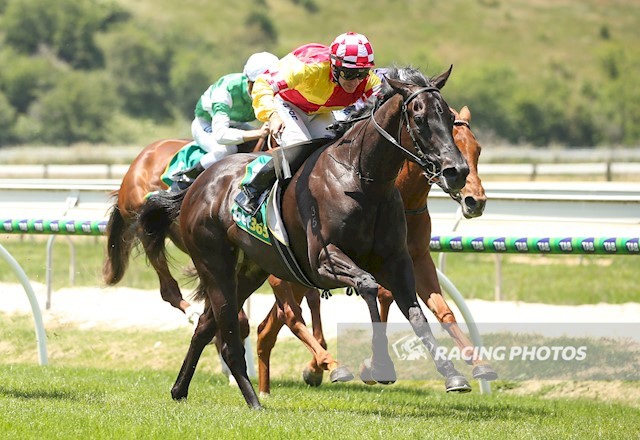 The filly drew wide and after a sound start went back to near last in the field of eight before coming wide from the 600 metre mark to finish powerfully and win well.

Michael Shepherdson, Victorian stable foreman, said he had been confident the filly would be strong late.

“We had thought she might be able to settle a few spots closer, but Luke had to go to Plan B,” Shepherdson said.

“Today’s win will give her some confidence.

“She has shown ability in stronger company but now is starting to put it all together.

“I’m sure she can now step up to midweek city company.”

“Yes, I think she can step up to town now,” Currie said.

“She stepped okay today but starting on a turn from a wide draw she would have been trapped wide if I went forward.

“So, I opted to come back but being a tight track, I needed to get going before the turn to give her a winning chance.

“She won well and I’m sure Tony will place her to advantage. I also think as she strengthens up she will get a bit further.”