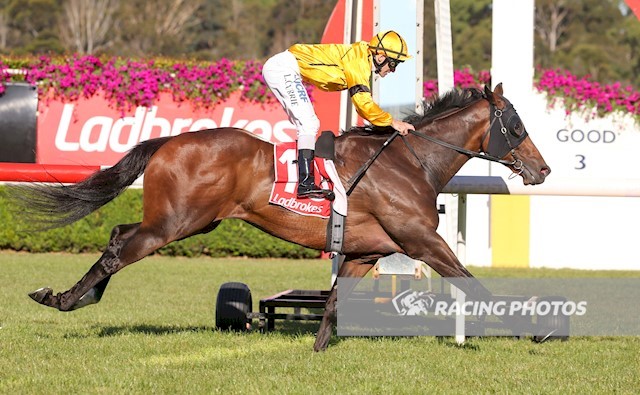 Currie had the four-year-old sitting just off the speed early before pushing through on the rails in the home straight to quickly establish a winning advantage.

“He has always shown promise but has taken a while to mature,” Shepherdson said.

“This preparation he is really starting to develop, and I think he has a good future.

“He is still putting it all together but is definitely improving with each run.

“Today he was still a bit keen early but responded when Luke asked him to accelerate.

“That was only his second win and I’m sure Tony will place him to advantage to go through his grades.”

The gelding was purchased at the 2016 New Zealand Bloodstock Premier Yearling Sale for $450,000 by McEvoy Mitchell Racing and judging by today’s win he is ready to prove he is a stayer on the rise.