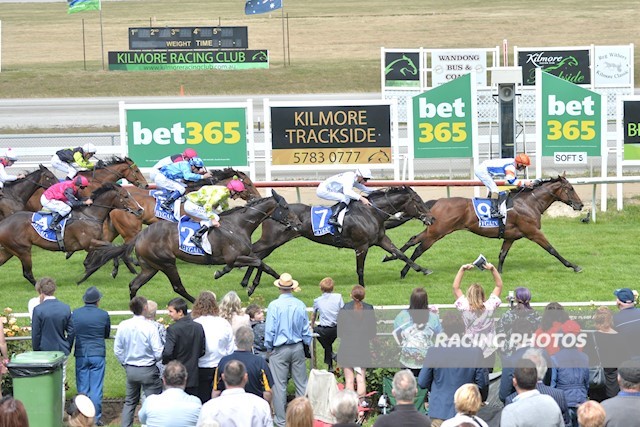 Trainer Tony McEvoy’s debutant Blow Torch was too hot for his rivals in the TAB Be Race Ready Maiden (1200m) at Kilmore on Sunday, November 25.

The win was the first of a double for McEvoy and Currie who later took out the Kilmore Cup with Manuel.

The three-year-old colt, a $200,000 yearling purchase, began nicely and settled third early before Currie asked him to lengthen approaching the home turn.

Blow Torch took a while to wind up but ran through the line strongly to win convincingly.

“It was a good debut,” said Michael Shepherdson, Victorian stable foreman for the McEvoy stable.

“He got a little bit lost coming down the hill and was a bit green in the home straight.

“He had a few nice trials for today, he’s got the talent and had a good experience today.”

“He came here for a ‘kill’ and that’s what he got.

“He’s still pretty raw, and mentally has a long way to go but he’ll improve a lot off that win.

“Once he flattened, he was really good but once he got past the leader, he ran all over the place.”