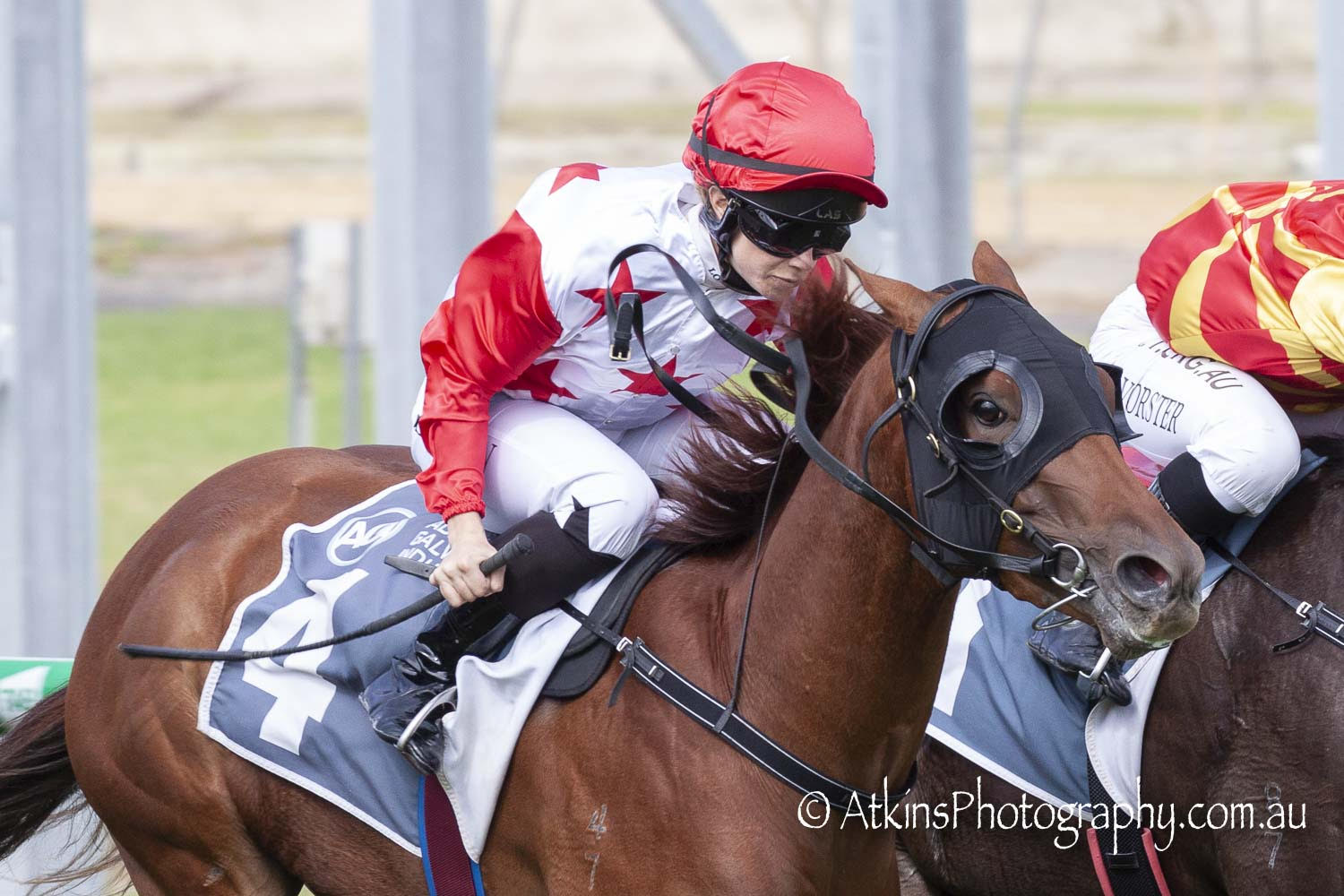 On the line, Zoist, heavily backed at $3.10 and ridden by Jess Eaton, had his head down to grab a nose win from stablemate Spectacles ($4.80), with Barend Vorster in the saddle. Mr Raikkonen ($3 fav) was a head away third.

Trainer Tony McEvoy said the on-pace bias of the Parks track had forced his pair to go forward and take prominent positions.

Spectacle led and Zoist sat second on his outside on settling down and the pair dominated the race throughout.

The pair had a stirring battle all the way up the home straight.

“Barend said he thought Spectacle was going to prove a shade too strong,” McEvoy said.

“He said he was in front until Zoist got the bob in right on the line.

“Zoist is starting to build a nice record.

“Today was his second win with a third and fourth from just four starts.”

McEvoy said it had been a tough win.

“He was first up today so to race on speed, and win, was very good.

“Zoist was a small horse early that has just taken a long time to grow into his body.

“I thought his maiden win at Murray Bridge before a break was excellent and today’s win indicates he is still on the improve.

“He has shown he is up to Adelaide city class and I believe can be competitive in Melbourne midweeks.”

McEvoy said he thought Zoist would be suited in races up to 1600 metres.