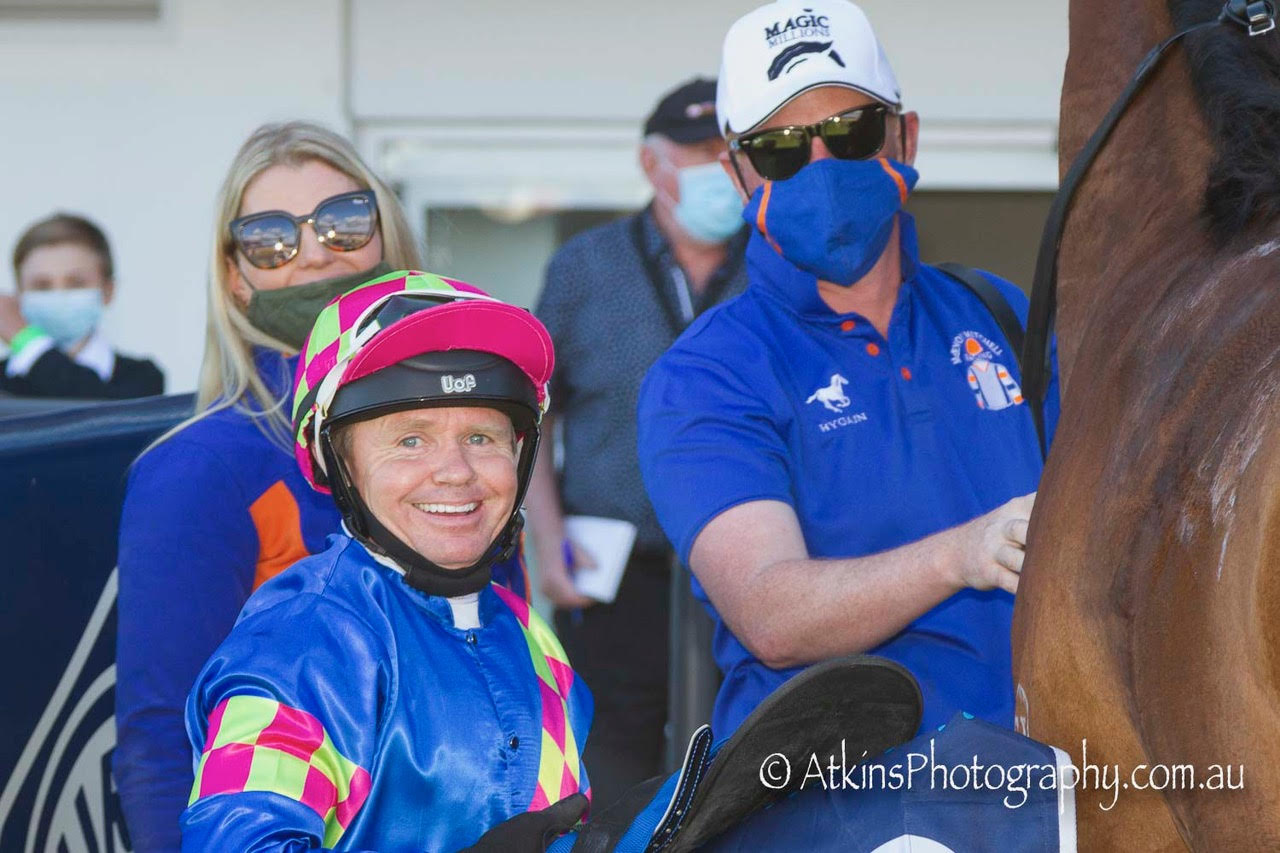 It was ‘Groundhog Day’ for in-form sprinter Rock The Ring at Morphettville on Saturday, October 30.

The decision by trainers Tony & Calvin McEvoy to send Rock The Ring from their Ballarat base to Kildalton Park, Angaston has paid three major dividends.

All have been achieved in the same fashion – share the lead early, kick away turning for home and win comfortably.

There was no change to the pattern in the QUBE Logistics Benchmark 86 Handicap (1200m) on Saturday.

Rock The Ring, heavily backed from $2.80 into $2 favourite, jumped well for jockey Barend Vorster and a few rivals tried to test him in the run to the home turn.

It was a carbon copy of Rock The Ring’s wins on September 18 over the 1200 metres at Morphettville, then the October 9 victory over 1100m.

“The key today was only carrying 56kg, 2kg over the minimum,” McEvoy said.

“He is not a big horse so the less weight he has to carry the better.

“Barend rides him really well, so the tentative plan is to leave him in Adelaide.

“He can run in the City of Marion Stakes over 1200 metres at Morphettville at the end of November, then go into the Christmas Handicap in December.

“While he is picking up these ratings races, he should go into those feature events on the minimum.”

The McEvoys have won the past two Christmas Handicaps with EF Troop in 2019 then Savatoxl in 2020.

“Calvin and I are delighted that Frank Bannigan and the ownership group gave us Rock The Ring to train.

“They are avid racegoers, and it is hurting them that they can’t go to the races and watch him.

“But they are loving his achievements.”