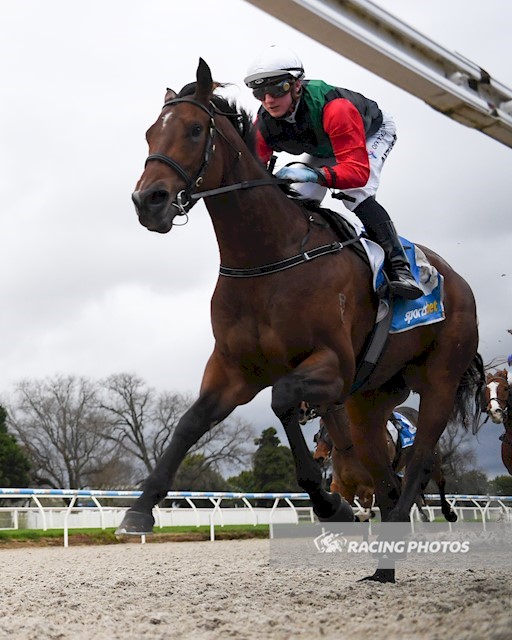 Trained by Tony & Calvin McEvoy, Mietta, a well backed $2.45 favourite, dashed away from her rivals to score a three-length win in the Sportsbet Bet With Mates Benchmark 58 Handicap (1000m).

Jockey Mitchell Aitken had the filly away nicely but opted to sit just off the leaders early before moving up to share the front turning for home.

Asked for an effort past the 300-metre mark, Mietta dashed away and despite wanting to hang in towards the rails put a winning break on the field.

Mietta has now won both her starts, with the debut win over the same track and trip on May 27.

“She was a bit new on debut but was still able to get the job done,” McEvoy said.

“Today, she still did a few things wrong but was much better.

“I like Mietta’s acceleration when Mitch (jockey Mitchell Aitken) asked her to extend.

“It is good to see her learning about racing from one start to the next.

“We will still be quiet with her placement for her next run.

“I’m sure she is a city class filly but want to wait to take her to town until I’m sure she can have an enjoyable experience.”

McEvoy said it was nice to be training Mietta for the Kelly family, one of the most respected and successful families in Australian racing.

“She is a well-bred filly who is developing, and the next goal will be for a city win, and eventually hopefully some black type to boost her broodmare value.”