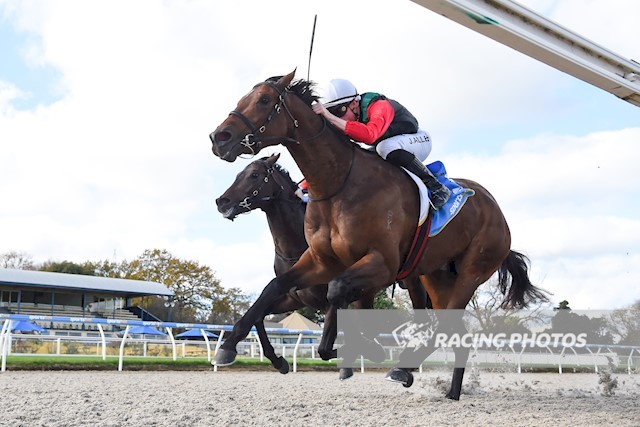 Beautifully bred three-year-old filly Mietta made a winning debut on the Ballarat synthetic track on Friday, May 27.

Mietta began beautifully and settled outside the leader before drawing clear in the home straight. The runner-up finished strongly but the winner had established a break.

Trainer Tony McEvoy was delighted to win first up with the filly.

“She carried a very famous set of colours,” McEvoy said.

“She is owned by Newhaven Park Stud which has bred and raced many champions over the years.

“They have supported us over the past few years, so it was good to have a win with Mietta.

“It was a very good win.

“She had early pressure from both inside and outside which was not ideal in her first start, but she was still good enough to win.

“I believe she can eventually become a city quality filly and that would be great to get a metro win.

“She has been a slow maturing filly which is why it took so long to reach the racetrack.

“I don’t believe she is completely right yet as she can get a bit hot in the head.

“But there has been definite improvement and I think today’s win will help her maturity.”

McEvoy said the stable would not be too ambitious just yet.

“We will take her along slowly, but I do believe she will be best suited up to 1400 metres.”