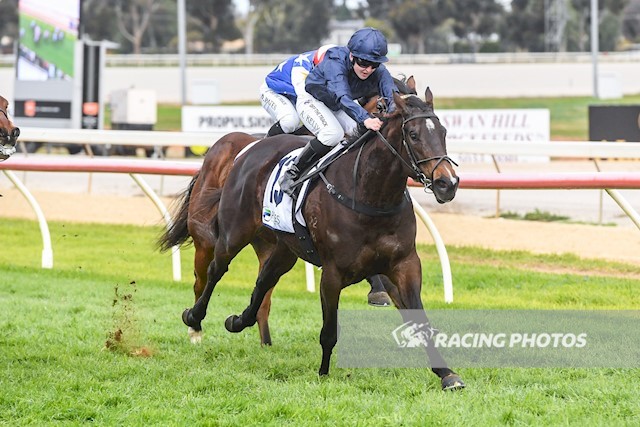 The McEvoys have always held high hopes for Royal Dress and she scored a maiden win in the Pooles Accountants Benchmark 64 Handicap (975m).

Ridden by Alana Kelly, the filly ($5 into $4.40 fav) showed nice speed to lead from her inside draw and was always in control of the sprint.

On a soft 5 rated track, and first up, the daughter of champion stallion I Am Invincible, got tired late but held on to win by a half neck from Cadboll ($7) with Screwed Down ($11), a short head away third.

Trainer Calvin McEvoy was relieved to see a win by Royal Dress.

“It was a terrific result,” McEvoy said.

“She is a filly that has always shown us really good ability, but probably been a bit disappointing on the track.

“Have got to thank Coolmore (breeder and part-owner) who have backed us in.

“She wasn’t running to her work, and it turned out her epiglottis was getting trapped, so we did the surgery and got it fixed up.

“Luckily, first up today she got the job done.

“I think there is still plenty of improvement there, she was getting a bit tired late but was entitled to as well.”

“She was tough today,” Kelly said.

“She was running out of carrots late, but she definitely put them away well.

“I rode her at the trials the other day and she was nice and cool, calm and collected.

“She showed a bit more speed today, up and about at the races.

“She definitely has got a bit of star about her.”