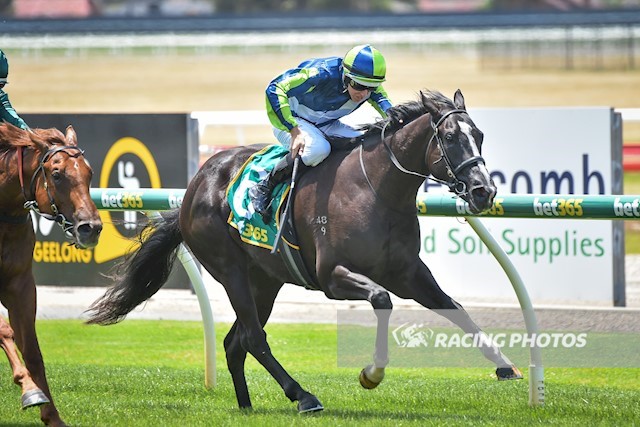 Ridden by Damien Lane, and starting at $3, the daughter of Xtravagant was taken to the front, then withstood a late challenge to win by a head from Eros ($1.80 fav) with Frontenac ($10), 3-1/4 lengths away third.

The filly began nicely but Lane had to let her slide to cross and lead but the well backed favourite was quickly alongside.

Xtravagant Star gave a good kick past the 300-metre mark and responded to Lane’s riding to hold off the runner-up.

“I had to work a little bit early.

“She didn’t switch off great mid-stages, but then switched off at 600 (metres), and I said come on girl it is time to go.

“I thought she did a good job because she worked for most of the race.

“She was tough when it counted.

“She just had a little bit there when the second horse got to her.

“I thought we might be out on her feet, but she had just enough left in the locker to give me another little bit, and it was enough to win.

“I think other horses could have cracked in that last 50 metres and been beaten, but she toughed it out, it was a strong performance.”

“She showed a great turn of foot when they got to the straight,” McCarthy said.

“Obviously, she had to be very tough to the line.

“She’s a very professional filly and done everything right.

“It was great to get the win for Seymour Blo0odstock.

“It is great the way she raced and produced the ability she has shown at home.

“I’m sure Tony & Calvin will have a plan ahead to give her a chance at the stronger city races.”

Xtravagant Star was purchased for $150,000 by McEvoy Mitchell and Belmont Bloodstock at the 2021 Melbourne Premier Yearling Sale.