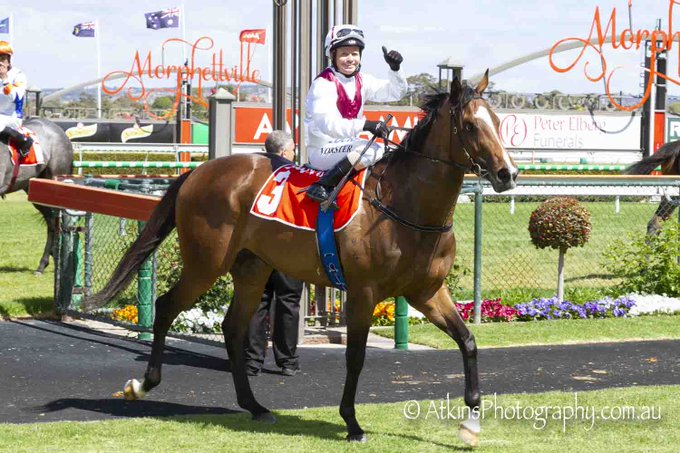 Trainers Tony & Calvin McEvoy look to have another stakes performer in Xilong, a brilliant winner at Morphettville on Saturday, October 19.

The three-year-old filly landed her third win from just four starts with an all-the-way victory in the AAMI Rebel Raider Series Final (1200m).

A well backed $2.70 favourite, ridden by Barend Vorster, Xilong dashed away in the home straight to score by five lengths from recent Melbourne winner Garner ($2.80) with Jacobite Prince $4) a long head away third.

The win brought up a two-state double for the McEvoys following the excellent win by Pretty Brazen at Caulfield.

“We know how much talent she has,” Cornell said.

“She’s had a few little issues with temperament problems, but we seemed to have them ironed out now.

“She beat Lil Kontra at her previous start, and we were so pleased to see that filly be placed in the Blue Sapphire during the week.

“Today, she went to another level this filly.

“She did all the work in front, then quickened up – it was a really strong win.

“Tony said we would get through today’s final, but I think he may look to find a suitable race for her during Melbourne Cup at Flemington.

“A filly by Deep Field, I believe she will be able to get at least 1400 metres.

“She is lovely and relaxed at home now; she is just getting better all the time.

“I have to pay credit to a girl at home, Marie, who rides her all her trackwork and has done a fantastic job with this filly and that is one of the reasons she is going like she is.”

“She’s got a little bit of attitude this filly, but I think her attitude gets her where she is.

“She turned for home and I thought she was going to be waiting for a bit of company like she did last time.

“Today when she was asked the question she got down and scooted away from them.

“I had to work a little bit early on and had to kick a bit to cross over.

“She did it so comfortable and when I asked her she really got down and quickened.

“These type of fillies and mares get your confidence back and it was a nice winner for the team.”