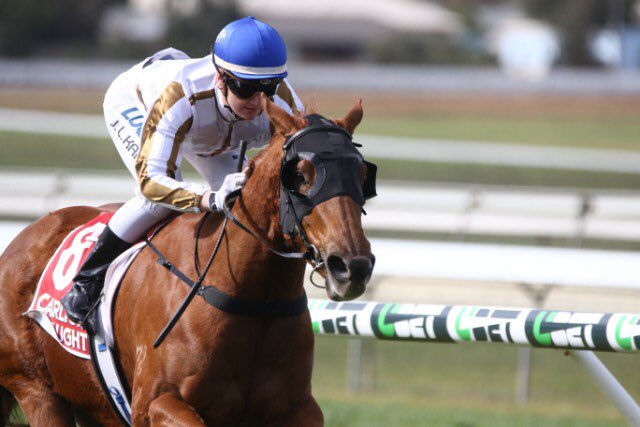 Swing It Sister produced all the right moves for trainer Tony McEvoy to win easily at Murray Bridge on Wednesday, August 15.

“It was great to win a race for the neighbours,” said assistant trainer Calvin McEvoy in reference to owner Goldin Farms who also bred the filly.

Swing It Sister sat third behind the pacemakers before Kah eased her to the outside and the filly raced away over the final 200 metres to win easily.

McEvoy said Swing It Sister had taken great benefit from her debut run.

“She began slow on debut and couldn’t get into a rhythm at Morphettville Parks but over the final stages started to get going then ran out of room,” he said.

“So, we bought her back to Murray Bridge where she had trialled well and today she was always travelling and really ran to the line strongly.”

“She is a lovely little filly to ride and today was always going well,” Kah said.

“She ran through the line strongly and I felt she still had more offer. I believe she will be even better suited over more ground.”

Swing It Sister is by Goldin Farm’s stallion Akeed Mofeed and is another of the progeny to improve with a bit of age.

The filly is out of Sister Souss, a mare by Husson, bred by Gerry Harvey, and purchased by Patinack Farm but was picked up by Goldin Farms for their broodmare band.