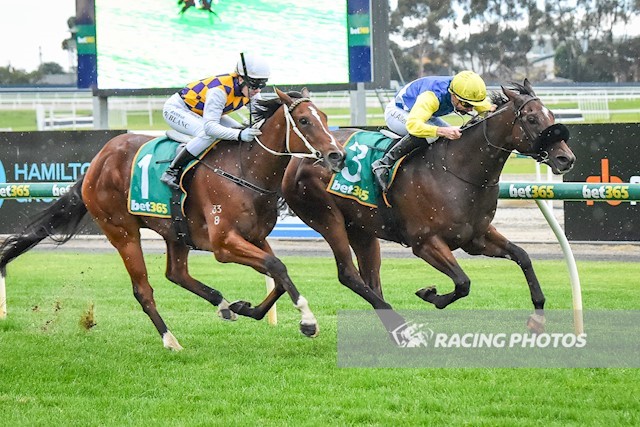 Water Into Wine ($2.70) settled fourth in the field of five and Allen didn’t go around a horse in railing through to score from Arrowtown Girl ($8) with Riddlero ($2.25 fav) a half-length away third.

The winner now has three victories from just six starts and has proved a tough competitor.

Allen gave him plenty of time to balance up at Geelong and didn’t ask him to improve until the final 600 metres.

He kept Water Into Wine on the inside and was able to secure a rails run around the home turn.

Under hard riding, Water Into Wine responded and drove through to take the lead, then hold off the late challenge of the runner-up.

Water Into Wine is by the imported stallion Sir Prancealot which stood at Cornerstone Stud at Angaston in the Barossa Valley.

The Cornerstone Stud Syndicate share in the ownership group.

The trainers have the option of returning the Water Into Wine back to Adelaide for the $102,250 Provincial Super Series final (1800m) at Morphettville on Saturday, May 14.