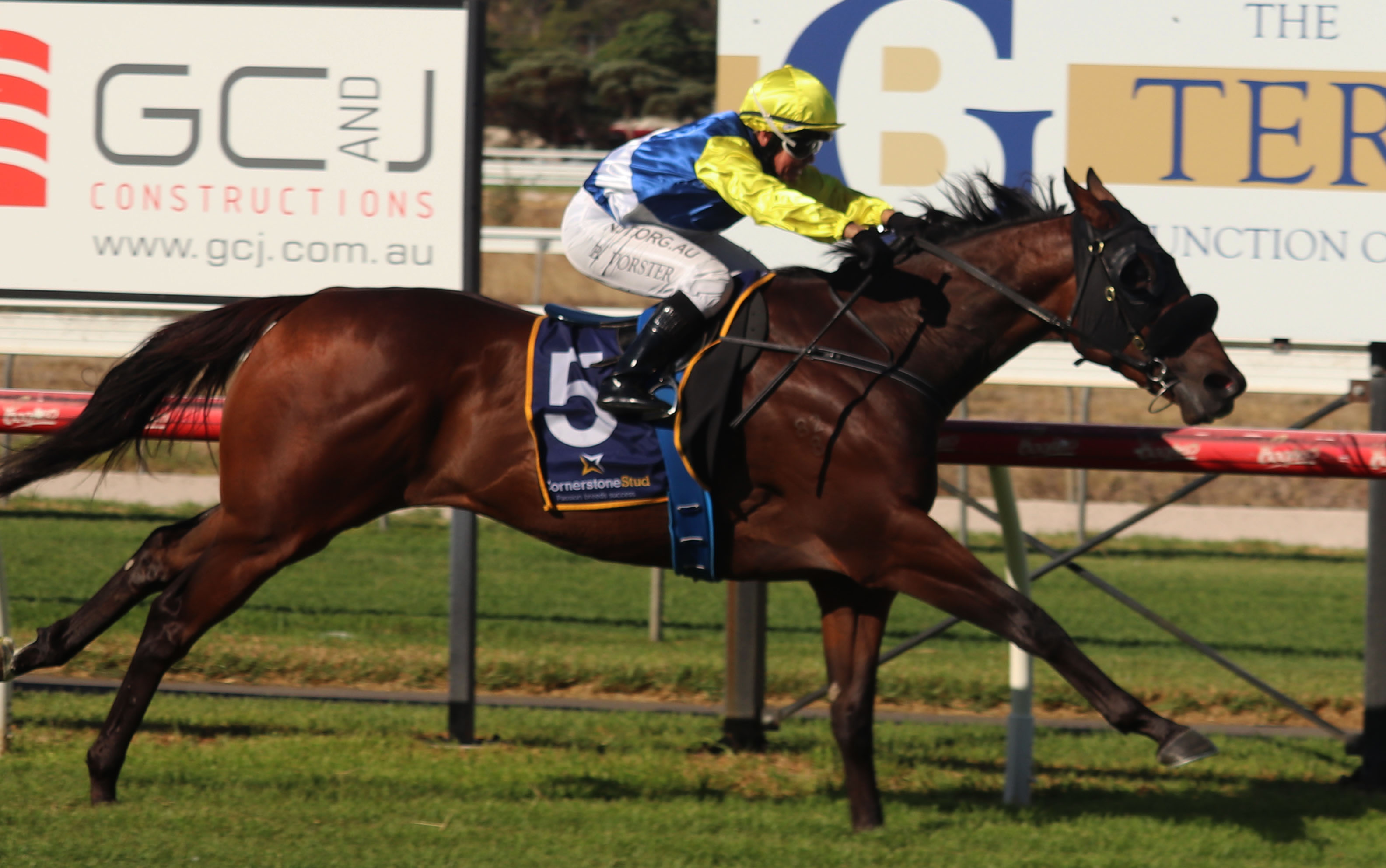 Promising staying three-year-old Water Into Wine earned himself a chance at better races with an easy win at Gawler on Sunday, April 3.

Trainers Tony & Calvin McEvoy said the gelding would be given a chance to run in the $502,250 South Australian Derby (2500m) at Morphettville on Saturday, May 14.

“He has always shown promise but has been a little bit dopey,” Tony McEvoy said.

“At Gawler, we put the blinkers on him, and he showed to the public what he has been showing us at home.

“Horses are only three once, so that win entitles us to put him on a path to the Derby.”

Heavily backed from $2.90 into $2.45 favourite, Water Into Wine, dashed away from his rivals to score a 3-1/4 length win in the Cornerstone Stud Benchmark 62 Handicap, (1700m), heat three of the Provincial Super Series.

Ironically, the Cornerstone Stud Farm Pty Ltd syndicate, managed by Sam Hayes, is involved in the ownership of the three-year-old, and also bred him.

Vorster was caught a little wide early but continued forward to sit prominent.

Turning for home he urged Water Into Wine to lengthen, and the gelding dashed away to win comfortably from Toyetic ($31), with Onemore Marshall ($19), two lengths away third.

“He has just been immature, but the additions of blinkers today, appears to have made him concentrate a lot better.

“I really liked the way he put his rivals away in the home straight.

“We will sit down and have a look at the program to set him towards the Derby.

“Because today’s race was part of the Super Series, we have a fall-back plan if the Derby is ruled out.”

Water Into Wine has two wins and a second from just four starts and showed at Gawler middle distance racing suits him perfectly.