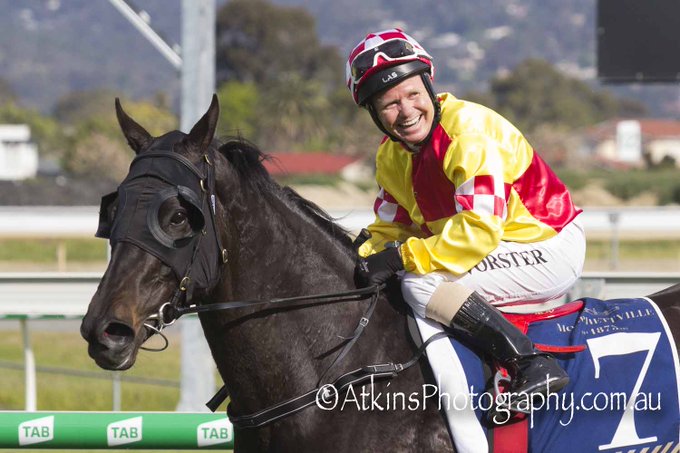 The experience and strength of Barend Vorster, stable rider for Tony & Calvin McEvoy, was on display when he landed Despacito a narrow winner at Morphettville on Saturday, October 12.

Vorster showed his guile to grab a run between rivals in the home straight in the Antonio and Elisabeth Romeo Mares Benchmark 75 Handicap (1200m) then ‘lifted’ Despacito ($2.70 fav) in a punishing finish to score a nose win from Bayou ($6.50) with Carlaluisa ($4.80), a head away third.

It was a classic ride by the South African jockey who has just obtained a visa to enable him to ride professionally in Australia.

“She was back from 1600 metres at Murray Bridge at her previous run,” McEvoy said.

“She ran really well at the Bridge, but we freshened her right up.

“It was a good strong win by that girl.

“She is a winner at Sandown and is a really talented mare.

“I think there is a bit of black type there at some stage.”

Winning jockey Barend Vorster said it had been a good, strong win by Despacito.

“It is always a bit daunting when they are coming back in trip,” Vorster said.

“She’s got quality about her and always tries hard. Today, she was there for the fight.

“I got a beautiful run behind the leader and they didn’t go too hard.

“It opened up nicely at the top of the straight and she was there to do it all.

“She got there then had to keep on fighting, fighting.

“In the end she got it done and well done to the team at Kildalton Park.”