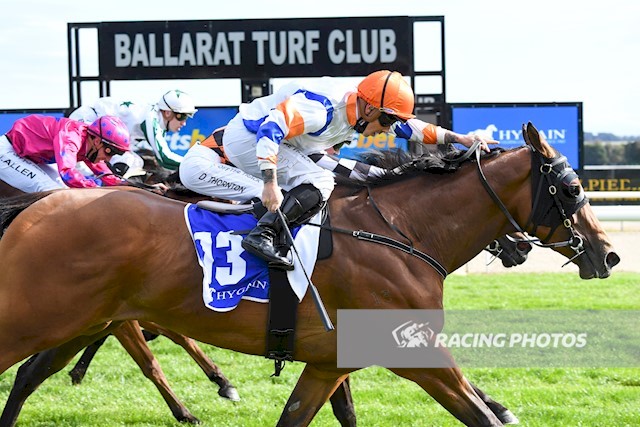 The filly is owned and was bred by Wayne Mitchell, principal of McEvoy Mitchell Racing.

She began well and Holland was able to obtain a trail three wide, three back, before bringing her to the extreme outside turning for home.

Swamp Vixen took a while to build momentum and was still several lengths off the leaders with only 100 metres left to go. She accelerated strongly late to grab victory right on the line.

“It was lovely to see today, and a beautiful ride by Dean (Holland),” McEvoy said.

“He wanted to be wide with cover and that worked out well.

“It might have been the place to be out wide today.

“Well done to Wayne Mitchell, he bred her.

“Nothing went her way in the Manifold, so we freshened her back to 1200 (metres) today and she got the ‘choccies’.

“We will take her through her grades.

“We threw her in the deep end in the Manifold because black type is so important for these fillies.

“On her work, we thought she would be quite competitive, and we left disappointed.

“She has freshened up well. She went out to Rosehill Park for a week or 10 days following that race, ticked over and she has presented her in beautiful order.”

“It was a good training performance,” Holland said.

“Freshened up and back in distance – it was probably more like a trial today to see if she could finish off.

“She did it really well. Everything went to plan as they were making ground out wide towards the end of the day.

“We were able to rest early, I had cover till I straightened.

“They did quicken away from me at the top of the straight, but she was really, really good late.

“I think the team have started to work her out.

“She raced on speed last preparation, and she won her maiden doing that, but in the better class of races she is probably better being ridden off the speed.

“I think she can step up in distance a little now that we can ride her quiet.

“Hopefully we can make a nice horse of her.”