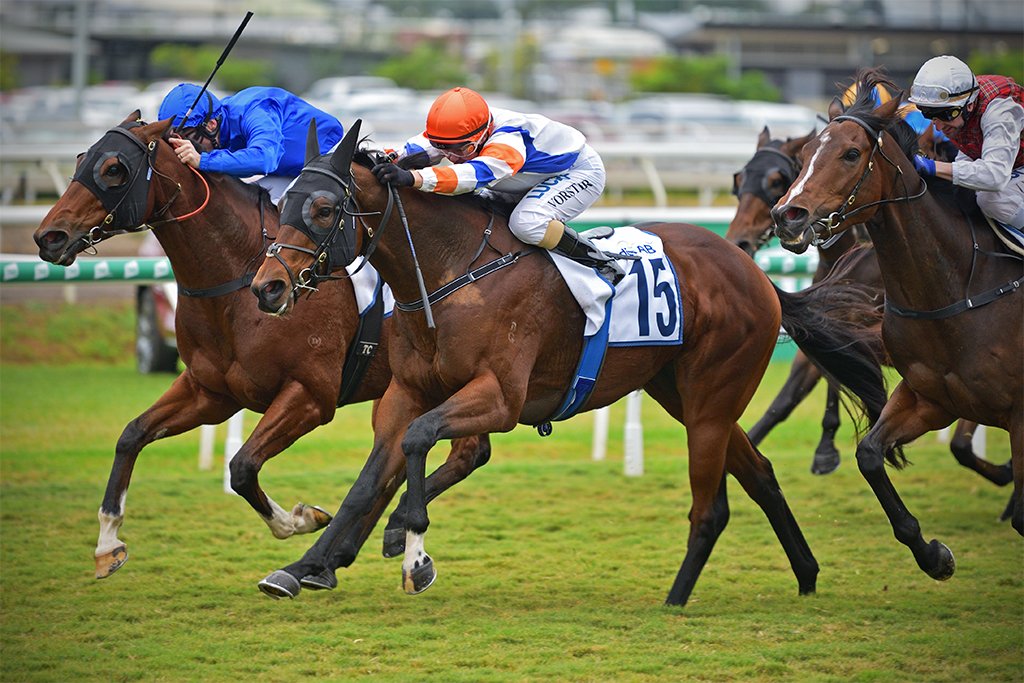 South African Barend Vorster, stable jockey for trainer Tony McEvoy, kept up his uncanny record of riding a winner at his first time at a racecourse landing Vinland a victor at Eagle Farm on Saturday, June 8.

Vorster was having his first ride at the Brisbane course bringing Vinland with a perfectly timed run to land the Listed Radiotab The Wayne Wilson (1600m).

Specked from $25 into $21, the four-year-old settled well back in the field before running home strongly to score a long head win from Duca Valentinois ($8) with Order Again ($5.50) a short neck away third.

Vorster, who teamed up McEvoy in March this year, adjusts to the different Australian tracks with no issues and took his tally to 34 winners for the stable with the Queensland victory.

McEvoy said it was an honour to win a race named after the late Queensland racecaller Wayne Wilson.

“Wayne was a great caller and he loved Stradbroke Handicap day, so it was great to win the race named in his honour on Queensland’s biggest race day,” the trainer said.

McEvoy said he had liked Vinland from the time he came into the stable.

The gelding caught the eye at the 2016 Inglis Melbourne Premier Yearling Sale and McEvoy Mitchell Racing paid $340,000 to secure him.

“Throughout his career he has had very little luck,” McEvoy said.

“He needs a big track like Eagle Farm, the beautiful big spaces of Eagle Farm.

“Barend was wide but he had cover and was just happy to let the horse get into a gallop.

“He really finished it off very well.

“Early days I said the owners that Vinland was a group horse, I really felt that way.

“Through circumstances, then we had to geld him, but his racing style has been his biggest problem.

“He gets back and doesn’t always get the opportunities but when he gets the chance he is a pretty good horse.”

McEvoy said Vinland would remain in Brisbane to contest a Listed race on Tatts Tiara day at Eagle Farm on Saturday, June 22