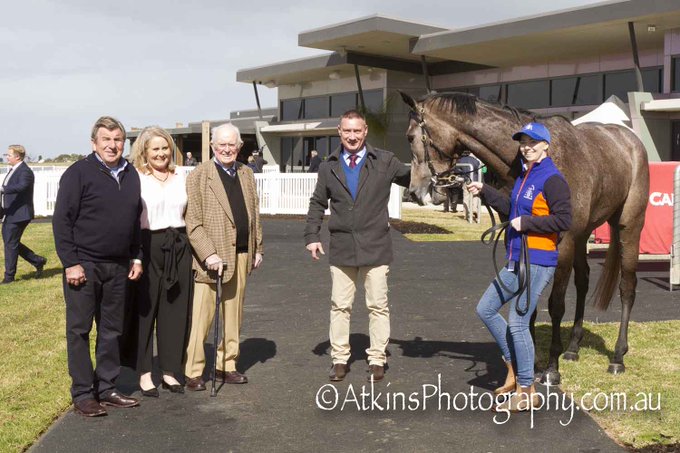 Silent Sovereign settled at the tail of the field of five but once Clark asked the filly to extend, she lengthened beautifully out wide to win easily.

McEvoy said Silent Sovereign had trialled well and showed plenty of promise, but he thought Deep Force would have her measure.

However, McEvoy said he was thrilled for Silent Sovereign’s owner.

“Donald Moyle is in his 90s, he bred her, and he was on track today,” McEvoy said.

“I told him that I didn’t expect her to beat the favourite, but she would run really well.

“Donald has such a zest for life. He comes up to the stables every day or two to look at the filly.

“He loves racing and is still breeding from his mares.”

McEvoy said Silent Sovereign would head to the Listed Morphettville Guineas before he decided whether the three-year-old heads to Melbourne for the spring.