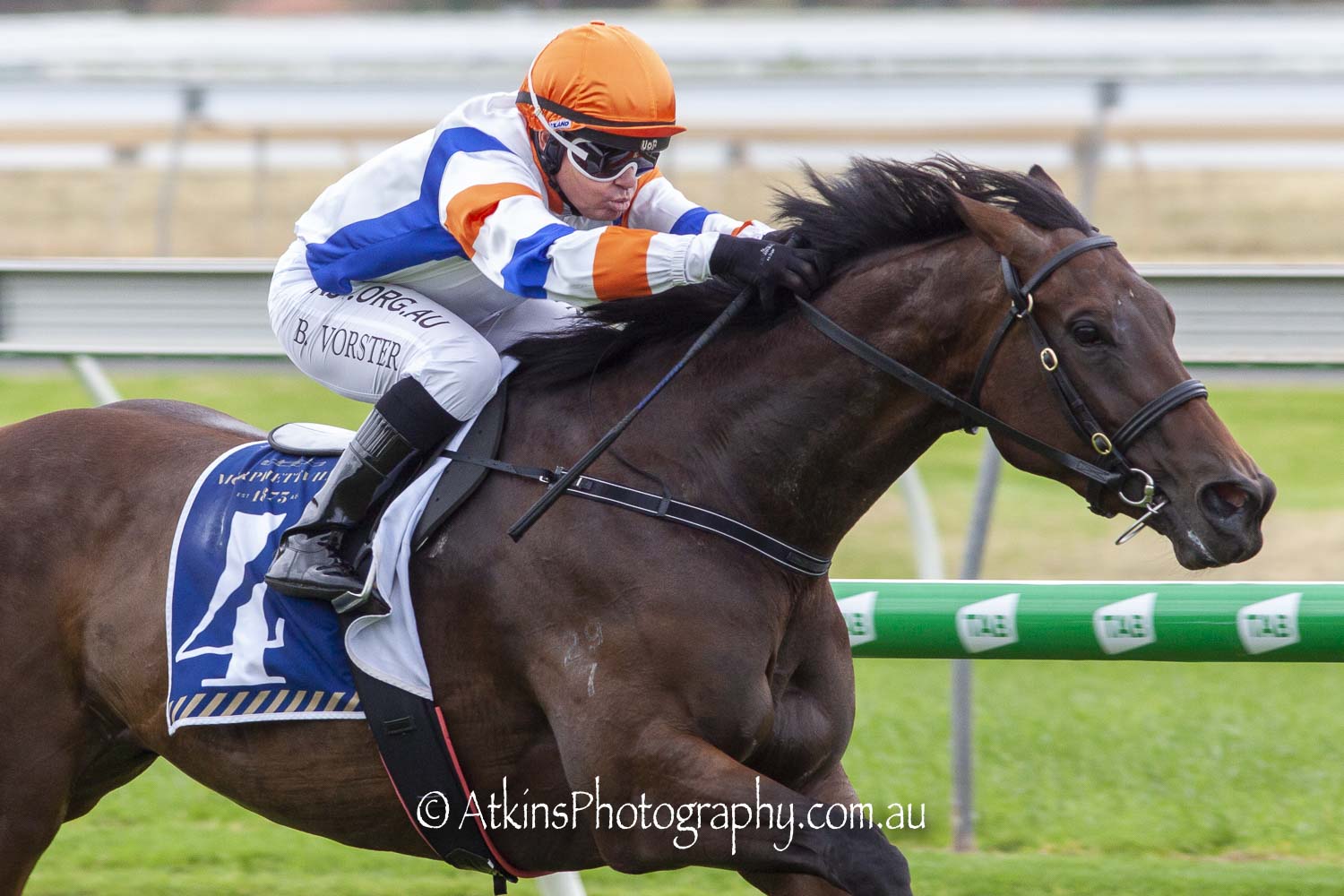 Trainers Tony & Calvin McEvoy look to have another outstanding three-year-old filly with Star Of Uma, a powerful winner at Morphettville on Saturday, October 31.

The daughter of champion stallion I Am Invincible, made it two wins from two starts this preparation with an all-the-way win in the Happy 60th Birthday Ricky Clark Benchmark 66 Handicap (1200m).

Ridden by Barend Vorster, Star Of Uma began well and the jockey allowed her to ease across and take up the running in the drive to the home turn.

She was able to get a comfortable run before straightening and lengthened beautifully when Vorster asked her to extend.

The filly has now won both her starts at Morphettville after a spell and looks to have plenty of upside.

“She has been very impressive again today,” McCarthy said.

“She got to the lead pretty easily, had her own way in front and she was very strong to the line.”

McCarthy said Star Of Uma could be a little quirky and Vorster had been careful to let her find her rhythm.

“She can be a bit of a fizzy filly so if Barend kicked her up early she might have overdone it a little bit, so he let her do her own thing.

“She found the front on her own and she was very good.”

McCarthy said Star Of Uma had been impressive with her final 200 metres.

“She was very strong to the line.

“Even before the race today she was a good bit more relaxed.

“We had the pre-race earmuffs on her, and she seemed to take the race day environment a lot better.

“Before the races when we put the saddle on she can be a bit fizzy, so we tend to keep her away from other runners.

“She soaked it in well today and raced brilliantly.”