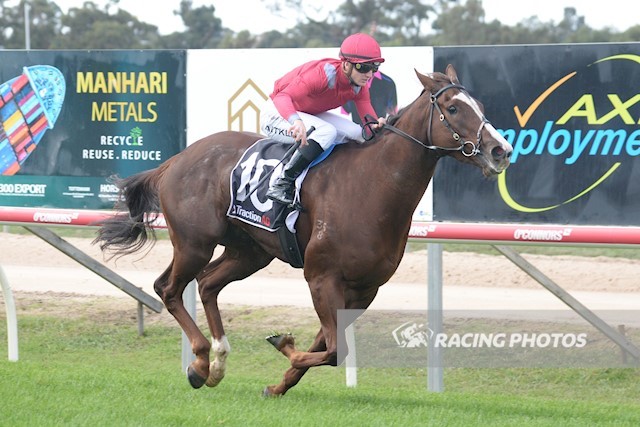 Tycoon’s Girl, an easing $2.25 favourite, was never challenged in scoring a 1-1/4 length victory from Archie James ($11) with Your Outatouch ($17), three-quarters of a length away third.

The winner was on her toes pre-race but once the gates opened she accelerated straight to the front and was never headed.

The daughter of Written Tycoon had raced only once previously, at Sandown in May last year, starting at $2.20 but failing to flatter.

Given a long break, she returned today at Horsham and looked capable of measuring up in stronger company.