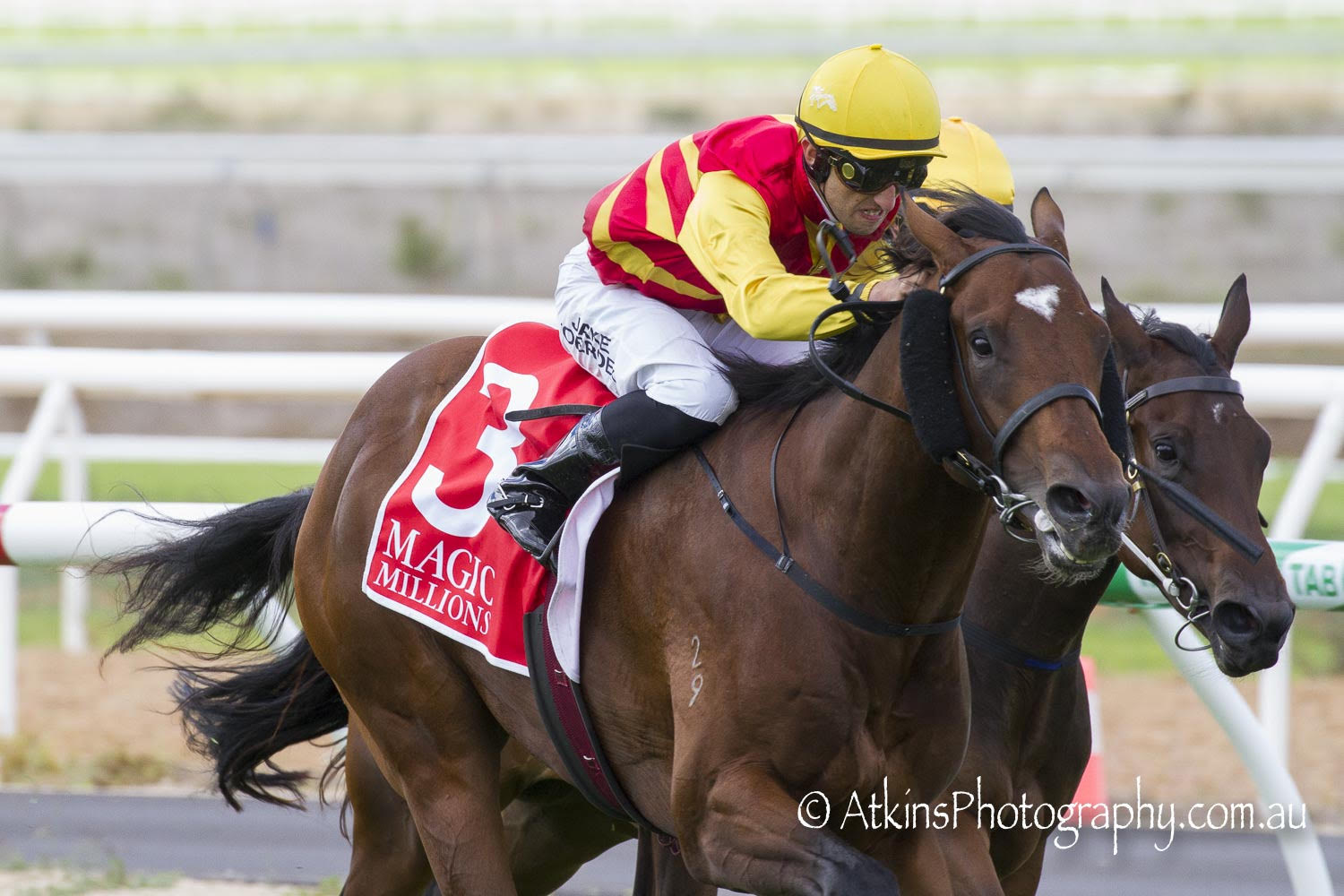 Trainers Tony & Calvin McEvoy look to have unearthed a star galloper in Twin Stars which took out the $202,250 Magic Millions SA Classic (1200m) at Murray Bridge on Saturday, March 5.

Having his first start, the two-year-old colt, ridden by Jake Toeroek, finished powerfully to win the feature by 1-1/4 lengths.

Trainer Tony McEvoy believes the two-year-old colt has a future.

“He’s a lovely big horse who has always said he wanted to be three,” McEvoy said.

“A big gangly fellow and still growing into his frame.

“While all this was happening still showed us he had nice talent.

“Calvin and his team at Ballarat were very bullish about sending him over for this race, so I thank them for all their work getting him here in such good order.

“He’s got a lot of strength and I think he is a miler when he gets a bit older.

“Jake (Toeroek) did a good job on him, gave him a bit of cover and was very strong.”

McEvoy was delighted for the ownership group which included the Pipeliner Bloodstock of Wayne Mitchell.

“What a wonderful supporter Wayne has been to me,” McEvoy said.

“He loves his racing, absolutely adores it and it is nice to have him in.

“Sash Petrevski and his brother Lou, Lucio Signore and all his team, John Nyskohus – they are a really good group of people, they are passionate about their racing.”

“It was good to get a win for the old boss, he taught me a lot back in the day,” Toeroek said.

“It is good to repay it.

“I was almost going too good on the home turn.

“I got there (to the lead) really easy, and then almost stopped his momentum.

“He won that on pure ability alone.

“When he got to the front he still wanted to duck in.

“He was full of running on the line and I think he is going to be a serious horse.”