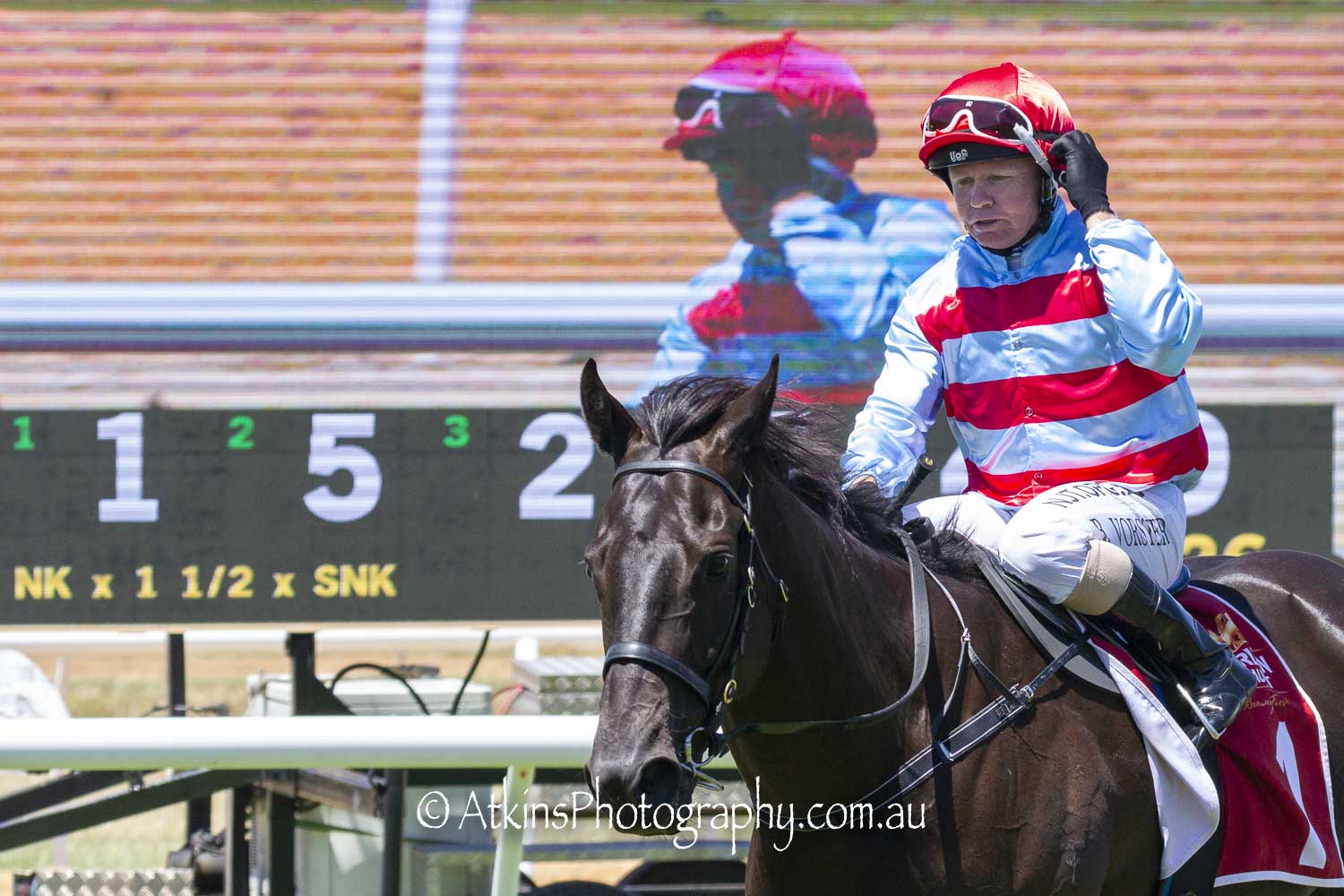 Tignanello all the way

Tignanello showed his appreciation of a move to South Australia with a solid all-the-way win at Murray Bridge on Wednesday, November 11.

Formerly trained at Lindsay Park in Victoria, the four-year-old was switched to Tony & Calvin McEvoy at Angaston after finishing midfield at Sale on August 30.

Carrying 60.5kg, Tignanello was taken straight to the front by jockey Barend Vorster in the Vinidex Handicap (1400m) and the gelding proved strong for his rivals.

The win was another success for Tony McEvoy with his lifetime friend Robert Hill Smith.

McEvoy said it was delightful to win with the recent stable addition.

“He had pretty solid form in Victoria this fellow when he was with Tom (Dabernig) and Ben (Hayes), and David (Hayes) before then,” McEvoy said.

“Robert Hill Smith owns him here in Adelaide with his friend Don Stephens and they decided to bring him back here and lower his sights a little bit.

“I thought today was quite pleasing, he had a beautiful run and got the job done.

“It is a bit of a habit of his of laying into the inside fence.

“He doesn’t do it in training but under race day pressure, which we don’t do at home, he’s laid in at every start.

“It is a little b it of a bad habit we will have to break. Today, he had the rail, and it wasn’t a problem.”

Winning jockey Barend Vorster said Tignanello had a history of laying in.

“It is a habit it is going to be hard to get him out of,” Vorster said.

“We’ve worked on him a bit at home and the feel he has given me, the less gear we had on him, the less I had to do with his mouth, the better he was.

“Looking at the map today there wasn’t much going on, he began so nice and clean I just rode him as he was comfortable.

“Turning for home he was always cruising with a nice speed. I switched the whip over and he gave me a nice quicken up.

“He was always going to be a little vulnerable first up over 1400 metres, but I was comfortable a long way out.

“It was nice to have Robert (Hill Smith) out here today because those owners are important to the game and well done to them.”