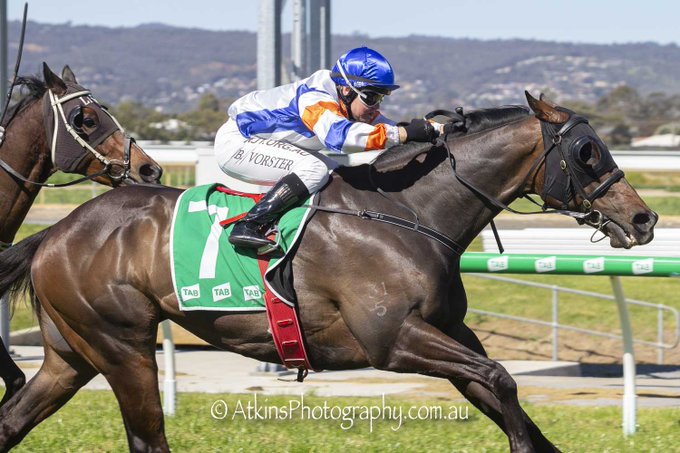 The win followed a similarly excellent victory by Allusion in the previous race.

The Difference showed no early speed and settled second last in the field of eight.

Vorster allowed the five-year-old to get into a rhythm before asking him to improve approaching the home turn.

In the run to the finish, The Difference let down brilliantly to race on to victory.

Trainer Calvin McEvoy admitted the race had not developed as he had expected.

“The Difference has had his share of issues, mainly with his feet,” McEvoy said.

“He’s a really good horse on his day.

“Today didn’t go to plan at all.

“We thought he would be up in the first couple.

“He jumped slow and Barend took his medicine, but The Difference unleashed a good turn of foot.

“Thank you to the owners for being patient with him because I believe he is going to reward them.

“He is a versatile horse and we don’t really know his racing pattern yet.

“We are going work him up to a little bit further soon.”

McEvoy said The Difference would probably be sent up to the farm at Murbko to freshen him up.

Winning jockey Barend Vorster said he always had faith that The Difference would prove a quality performer.

“I’m glad he is now producing and showing us what he told us he had early on,” Vorster said.

“When he won first up at Murray Bridge we thought, gee, he is going to be a nice horse.

“He came with a heap of troubles but credit to Tony, Calvin and the team, they did a great job getting his feet right.

“He’s come back in great form.

“Our plan was to be more positive, but he has shown previously he can come from back in the field.

“Today he actually began with them but had no early pace, so I just had to judge how he was going.

“He travelled up beautifully for me and I just let him bowl up, bowl up, it was just a matter of time letting him go.

“He really let down nice and strong.”

The Difference is building up an excellent record with three wins and two placings from just six starts.