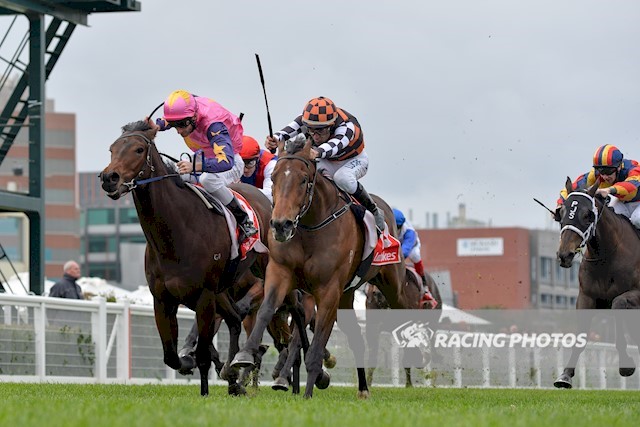 The Astrologist steps up

Promising two-year-old The Astrologist made the step up to Saturday company with an all-the-way win at Caulfield on Saturday, June 1.

Jockey Dwayne Dunn allowed The Astrologist ($10) to lead and rated him ideally to score a head win from Can’t Be Done ($8) with Igniting ($9), a head away third.

Assistant trainer Calvin McEvoy said he believed the winner would be even better as a three-year-old.

“We’ve been working him towards what we believe he’ll be and that is a nice miler, but at three.

“He won well toughing it out last start and he toughed it out again today.

“We didn’t have a plan today, but Dwayne knows the horse and knows Caulfield so took him to the front and he was too tough for them.

“We’ve always thought he was a nice horse and ran him in the Maribyrnong and also took him to Queensland, but he tended to do things wrong.

“He’s come back and matured more, grown and looks great, and he’ll be even better at three.

“The Astrologist has a good bunch of owners, Nathan Bennett and his group and they are striking up a good association with Dwayne Dunn and it is really good going forward.”

McEvoy said he would sit down with his father Tony to work out a program for The Astrologist, whether to give him a break or one more run.

Winning jockey Dwayne Dunn said the gelding of The Astrologist had improved him.

“He was a bit immature early on, and while he can still do things wrong, he is getting better,” Dunn said.

“I was able to control from the front today and he came out in the home straight which I believed was the better part of the track.

“He fought on strongly and there is no doubt he is a horse on the improve.

“There are a few little things he needs to get better, but he can’t do much more than win and keep getting better.”