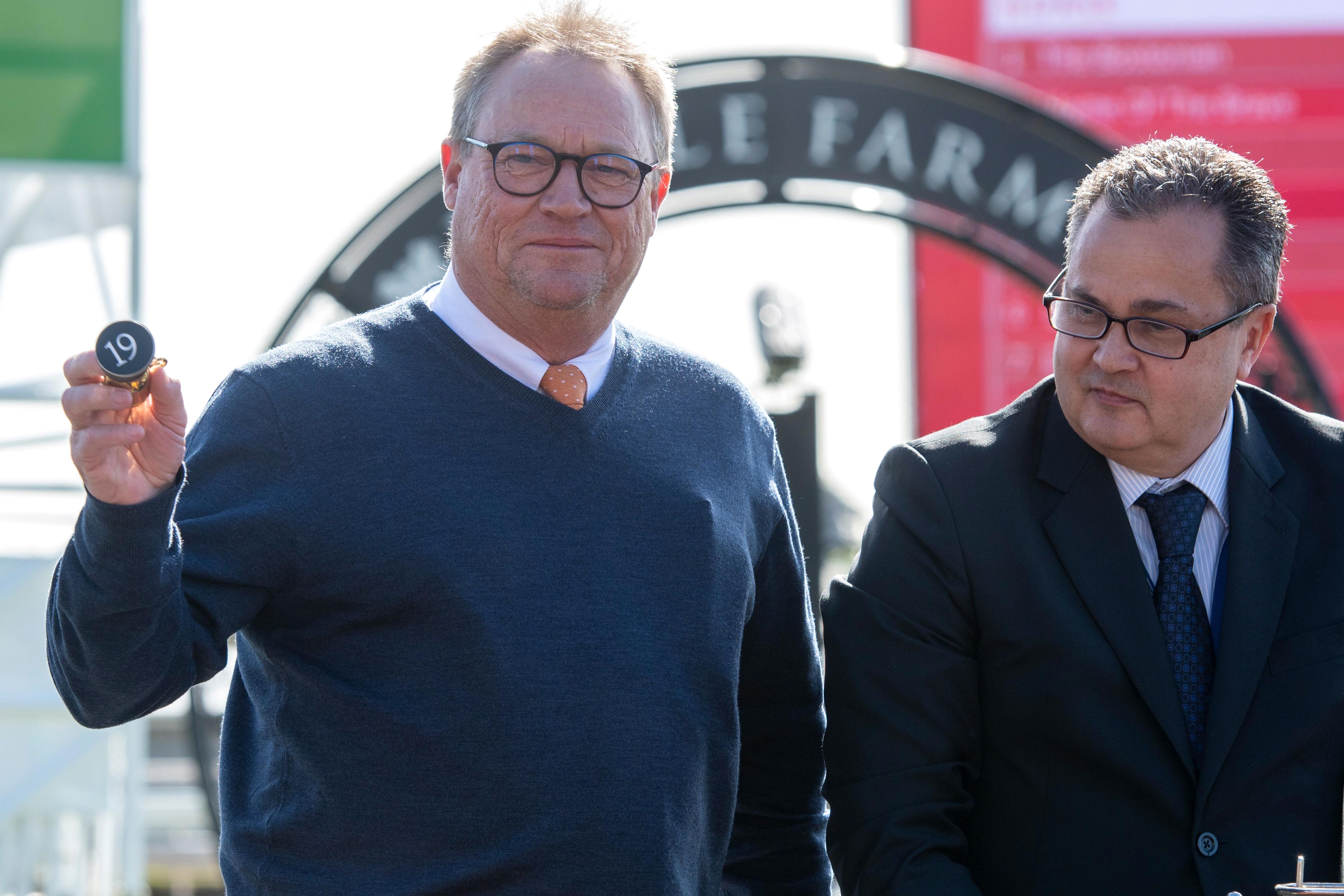 Trainer Tony McEvoy feels the Stradbroke Handicap barrier draw has given one of his contenders a live chance in the $1.5million sprint but it may have dashed the hopes of the other.

McEvoy was gleaming when Despatch’s part-owner Janelle Whalley draw the coveted barrier one, but the grin turned into a frown when the trainer himself drew barrier 19 for the stable’s other Stradbroke runner Dollar For Dollar.

Tab.com.au gave the Group 1 Goodwood Handicap winner Despatch a trim up from $15 to $14 while Dollar For Dollar drifted from $26 to $31.

While the Stradbroke Handicap (1400m) mission at Eagle Farm on Saturday may have been something of a throw at the stumps for Despatch after his triumph in Adelaide when he led all the way over 1200m, McEvoy feels the sprinter is now in the race up to his ears.

“What a beautiful draw, it gives him a chance now,” McEvoy said of Despatch.

“He’s an on-pace runner and led and won the Goodwood which was a bit of a surprise that he led that day.

“At 1400m in the Stradbroke he probably won’t lead – if he was in front, they would be going very slow.”

So, can Despatch run out a strong 1400m around the expansive Eagle Farm track?

“He’s a very strong horse, I have always thought of him as a seven-furlong horse (1400m) but never really got him there,” McEvoy said.

“I’ve never had any reason to go out there as he’s been so effective at the shorter trips.

While it was all smiles for four-year-old Despatch and his connections at the barrier draw, the same couldn’t be said for Dollar For Dollar with McEvoy drawing that barrier (19) himself.

Dollar For Dollar, which ran second in the Group 1 Sir Rupert Clarke Stakes at Caulfield last spring, is coming off what McEvoy describes as a “career-worst” run when finishing last (17th) in the Group 1 Kingsford-Smith Cup at Eagle Farm on May 25.

McEvoy was initially convinced there must have been something wrong with the gelding for him for finish more than nine lengths behind winner The Bostonian.

A thorough medical showed no issues however and McEvoy decided to press on, however the barrier certainly hasn’t helped.

“I didn’t go a great job drawing a barrier there – it is going to be tough for him with his style coming off a career worst run,” McEvoy said.

“But he’s bright and well and I’ve got no reason not to run him.

“After his last run I thought he was going to the paddock because it was just too bad.

“But when I did all the tests on him, he just kept ticking the boxes and everything was fine.

“I just wonder whether he didn’t just get his tongue back – even though he is in a tongue tie he might have just got it back and it’s like he choked down.”

Barend Vorster will ride Despatch while Jamie Kah is the jockey for Dollar For Dollar.