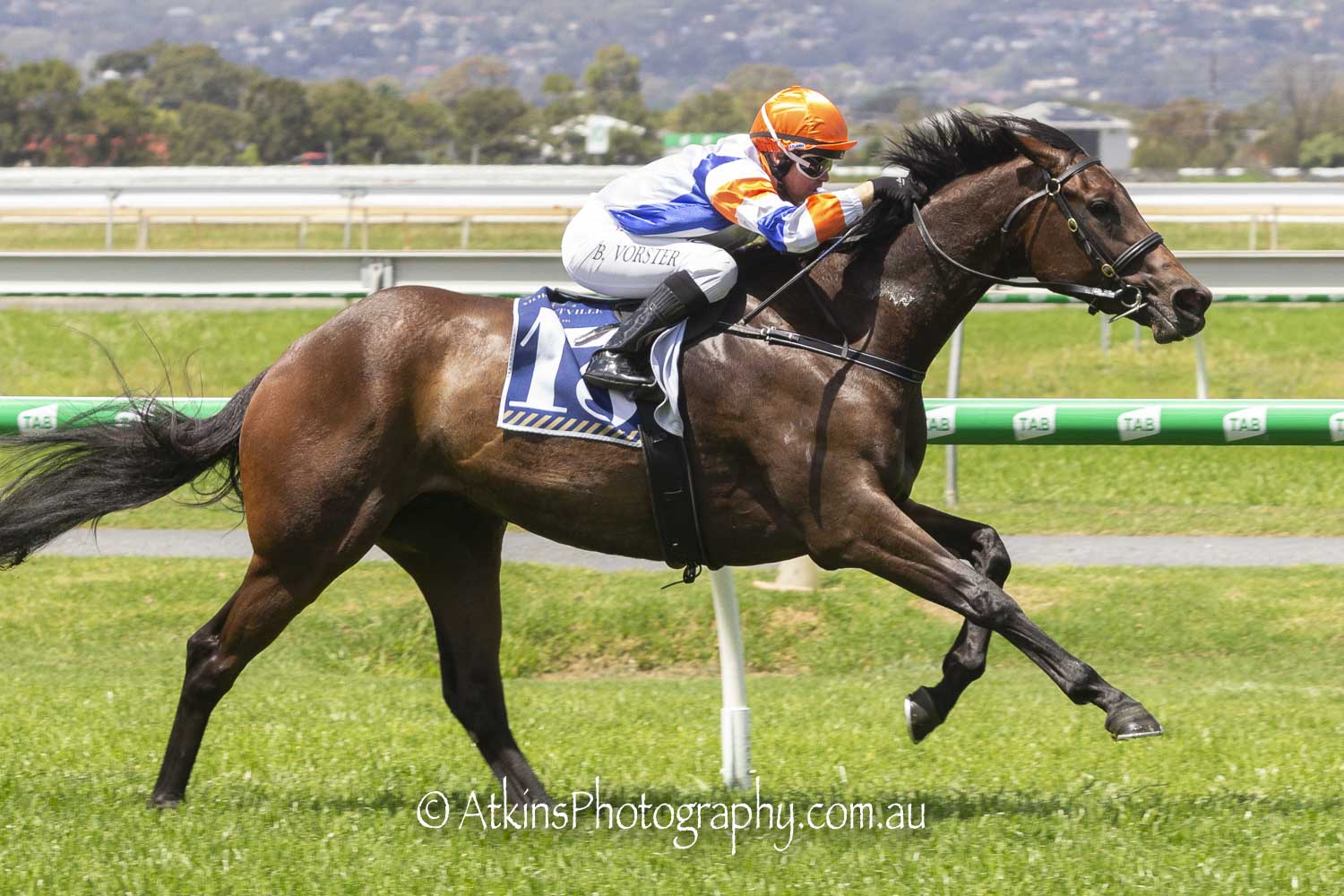 Trainers Tony & Calvin McEvoy and jockey Barend Vorster had an early double at Morphettville when Star Of Uma thrashed her rivals in the AAMI Maiden (1200m).

After winning the opening event with Fox Hall which came from last, the trio combined with promising three-year-old Star Of Uma which led throughout.

Star Of Uma began quickly and Vorster quickly had her across leading but happy to sit one wide coming into the turn.

Turning for home Vorster asked the filly to extend and she lengthened beautifully to win easily.

Trainer Calvin McEvoy said the stable always had a big opinion of the filly.

“From day one we really liked her,” McEvoy said.

“She ran very well on debut finishing second to Grandslam which has franked the form by running third in the Caulfield Guineas last Saturday.

“We went on to run her in the Breeders Stakes, but she was over the top and ready for a break.

“She has matured both physically and mentally with her time away from training.

“She can still be a bit fizzy so there is further improvement to come but we are really happy with her progress – she is real powerhouse.

“A big thanks to Wayne Jennings who sent the filly to us to train.

“There was a bit of wind at Morphettville today and she did all the work but was still way too good.

“Today we were able to tick off her maiden win.

“Now we will look to a three-year-old Benchmark 66 at Morphettville in a few weeks, then we might give her a chance in Melbourne.