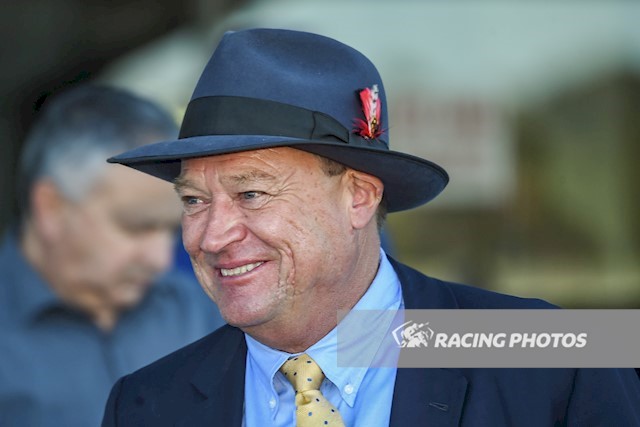 After a record breaking 2018-2019 season, trainer Tony McEvoy is hoping for a bold start to the new season with stable stars stepping out at Flemington on Saturday, August 10.
Group One winning mare Oohood kicks off her campaign in the Aurie’s Star Handicap (1200m).
“She’s a real talent,” McEvoy said.
“Sadly, she didn’t come up last preparation, but we gave her a very good spell and she’s come back fantastic.
“If you saw her trial alongside Fundamentalist and Vega Magic, she showed she is in for a very nice spring.
“I’m excited to have her back and a little bit of rain around won’t hurt her.
“Being a kilo off the minimum for a Group One winner I think she is very well in it.”
McEvoy said it was an important race at Flemington for Oohood, her first run under game day conditions this time in work, to show she was back wanting to be competitive.
“I’m very confident she will because she is showing interest in what we are doing.
“She’s always been a bit quirky, she needs a pony to go out, but tomorrow just walking across the road I think she will put up a good run for us.”
He said he thought Oohood would get back a bit from her barrier draw of two.
“In this game you need luck from barrier 18 and sometimes you need luck from barrier one. It is what it is.
“I’ve got Luke Currie on and he’s hungry and he will give her every opportunity.”
McEvoy expects the stayer Sasko to run well in the VRC Member Paul Barnard (2530m).
“The tracks have just been a little bit better than he likes recently.
“This track tomorrow should be better for him and he’ll be able to get his toe into the ground.
“The wetter the better for him.”
Vinland returns to racing in the VRC Member Emma Duffy (1400m).
“He’s freshened up.
“He won the Wayne Wilson at Eagle Farm really well and then I ran him again and the track got really quick and he just won’t stretch out on firm ground.
“I took him back to Adelaide and gave him a trial at Murray Bridge where he trialled exceptionally well on that ground that has beautiful give in it.
“The conditions are going to be ideal for him and he’s quite well in this race, a recent stakes winner two kilos off the minimum.
“He’s drawn to get a fantastic trip and he’s telling me he’s ready to fire again.”
The stable will be represented by Sweet Mischief in the VRC Member Jeffery Overington (2000m).
“I was going to go out a bit further with her, but she had a slight setback and was a b it off for a couple of days.
“We decided to get her right. She is drawn awkwardly but will be ridden patiently and will love the big spaces of Flemington.”
The McEvoy stable finishes the day at Flemington with Laure Me In which will contest the VRC Member Angela Kennedy (1720m).
“His last run was excellent,” McEvoy said, “he just got back a bit far.
“His first up run was a bit below par down the straight.
“He is going beautifully this horse and is ready to win.
“I think the horse is going very, very well and the ground shouldn’t be too bad for him.”
McEvoy said at Murray Bridge he thought Deep Field and The Difference were his best chances.
“I think they can go to Melbourne in the spring and measure up.”