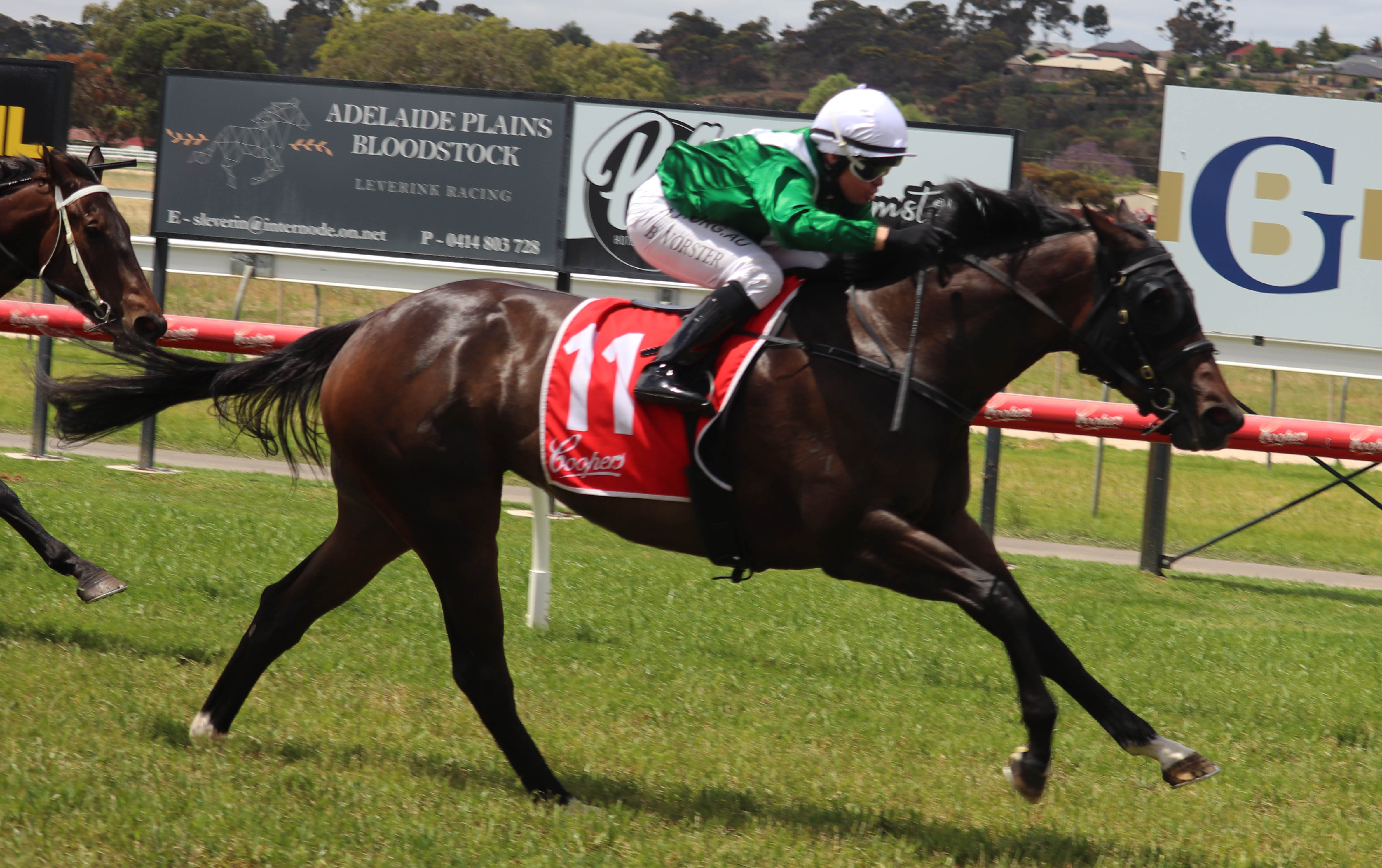 Siyaadeh indicated she was a filly of potential with an authoritative maiden win at Gawler on Thursday, November 5.

Having just her second start, Siyaadeh raced away from her rivals to score a two-length win in the Fabhats Maiden (1100m).

Trained by Tony & Calvin McEvoy, and ridden by Barend Vorster, the daughter of Written Tycoon started the $2.70 favourite and beat My Golden Chain ($6.50) with the heavily backed Montepulciano ($2.80), two lengths away third.

Siyaadeh began nicely from gate two but Vorster allowed her to balance up just behind the leaders before asking her to extend over the final 400 metres.

Owned and bred by Emirates Park, the filly lengthened nicely to win running away from her rivals.

“She looks to have a big engine under the bonnet, but so far has lacked the maturity to deliver her best,” McEvoy said.

“She still doesn’t really know what she can do but I was really happy with her win.

“At home, and at the track, she can be a bit of a handful and was a bit on edge in the yard before going out to race.

“But at the gates she went in well, then stood calmly while a few other runners proved difficult to load and jumped beautifully.

“Barend gave her a great run and the filly won impressively.”

McEvoy said he would take the filly to town for her next run before giving her a break.

“I’m hoping she can measure up in the autumn at the Adelaide carnival.

“With racing and maturity, I’m sure she will measure up in stronger races.”

Siyaadeh didn’t make her race debut until October 24 finishing midfield at Morphettville and showed the benefit of that run with her win today.