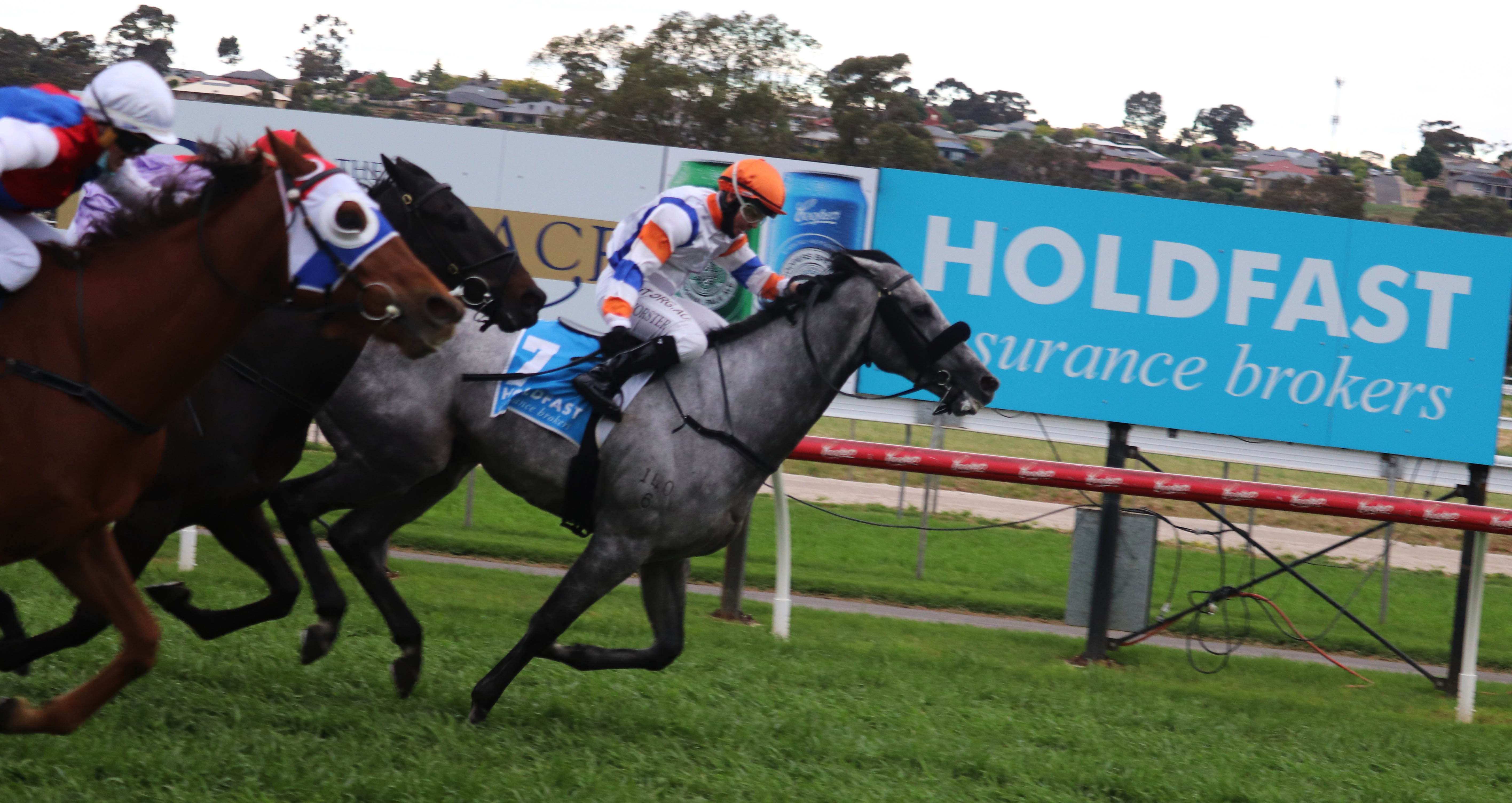 Vorster gave Sign of Ussuri ($7) an economical run from his gate one draw before taking an opening in the home straight and dashing to victory.

The five-year-old grey, trained by Tony & Calvin McEvoy held off the fast finishing Splash Some Cash ($18) to score by a head with Noname Lane ($6.50) a long head away third.

Vorster said Sign of Ussuri was a talented galloper who had a reluctance to really put the opposition away.

“He had a think about it when he hit the front today,” Vorster said.

“You have to time his run not to get to the front too soon.

“He travelled beautifully and really accelerated to take the run but once he gathered in the leaders was happy to knock off.

“But he has won two in a row now and it is good for the owners.”

Trainer Tony McEvoy said he had always had faith in Sign of Ussuri.

“He has always shown ability on the training track,” McEvoy said.

“He has been slow maturing, but it is encouraging he has won his past two.

“You could see today he had a think when he hit the front, but Barend was able to urge him home.”

McEvoy said it was great for South Australian racing that the Gawler Cup had jumped to $107,250 in stakes.

“I scratched him from Murray Bridge last week to run today and it proved a winning move.”

The trainer said he had also been very happy with stablemate Blow Torch which ran fourth.

“He was trapped wide from an awkward draw and did a great job to finish as close as he did.”

McEvoy said he would look to run Sign of Ussuri and Blow Torch in the Listed $107,250 John Letts Cup (1800m) at Morphettville on Saturday, October 30.

“If the horses take no harm from today’s run, they can both line up next week.

“Blow Torch ran second in the event last year and it looks ideal for them this year.”