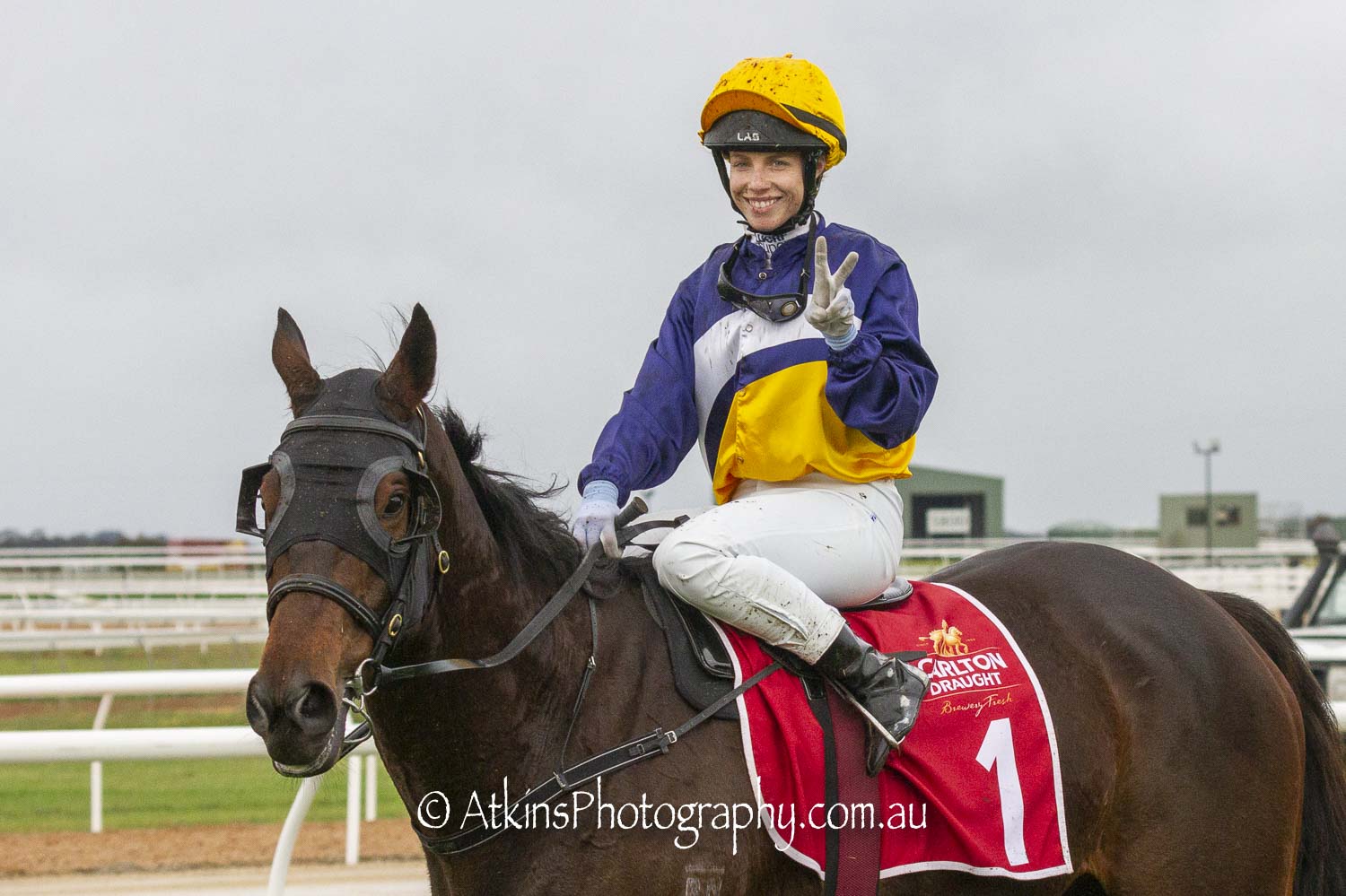 Resurge resumed from a long break with an impressive win at Murray Bridge on Saturday, August 8 to give trainers Tony & Calvin McEvoy a running double.

The five-year-old, a $4 chance, scored by a half-length from Littlebitfunny ($41) with Frankel Star ($6), a similar margin away third.

It was the gelding’s first run since October 25 last year, after which he had back surgery.

Eaton allowed Resurge to balance up on jumping away and the gelding was a little worse than midfield on the inside during the early stages.

The apprentice allowed him to cruise up behind the leaders getting to the home turn, then found a gap between runners in the home straight.

Resurge quickly sprinted through to claim a good win.

Trainer Tony McEvoy paid tribute to the connections of Resurge.

“It was a pleasing run by this fellow,” McEvoy said.

“I have to send out a huge ‘thank you’ to the ownership group, First Light Racing.

“This fellow had some back surgery, kissing lesions and had a long time off the scene.

“We thought enough of him to give him another opportunity.

“Full credit to the horse to go through what he’s gone through, come back, carry a big weight and win over a mile (1600m).

“It is a pretty strenuous surgery, but he’s come back from it really well.

“His top line has never been this strong and that was a great return.”

“She was beautiful on that horse today – she showed patience, didn’t panic and came with a well-timed run.

“She’s very balanced and is coming up one day a week and I’m enjoying her involvement.”

Winning jockey Jess Eaton was grateful to be able to ride for the connections of Resurge.

“The McEvoys and owners First Light Racing are good stables to be part of,” Eaton said.

“To get a winner for them was great and he was just too dominant in the end, class did prevail.

“He got the right runs down the straight and he was too good.

“It was definitely a bit of a worry coming into the straight because we were so bunched up.

“Especially because he is such a big horse and you need to get him balanced and into a rhythm, so I let the race go early.

“Fortunately, there was enough speed and he did get the right run, and as I said, class prevailed and he was too good at the end.”