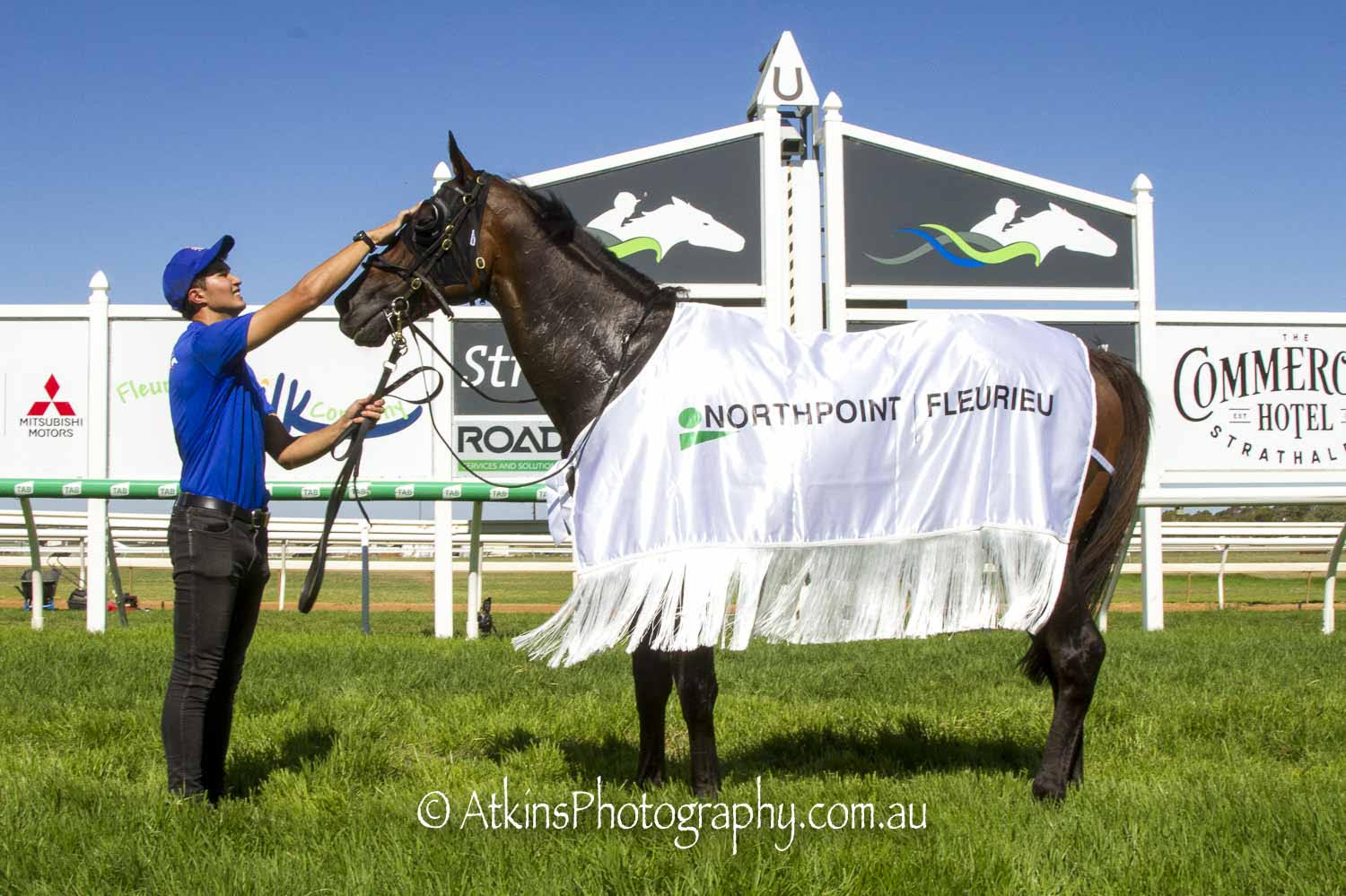 Comeback racehorse Resurge proved too strong for his rivals in the 2022 Northpoint Strathalbyn Cup (2050m) on Sunday, January 30.

The six-year-old missed nearly a year of racing because of back surgery but has returned to build on an impressive record.

Backed from $4 into $2.90 favourite, Resurge, trained by Tony & Calvin McEvoy, came from midfield to score a length win in the Cup.

Ridden confidently by Barend Vorster, the gelding defeated Dexter You Devil ($7) with Cuban Toonite ($12) a long neck away third.

Vorster was happy to let the gelding settle back midfield in the field of 12 before asking him to come forward over the last 1000 metres.

Resurge loomed up out wide on the home turn and proved too strong in the run to the finish.

“He’s been such a happy horse at home,” Rutten said.

“We’ve just been doing a few different things with him.

“He loves to have a bit of a jump and just been so relaxed, his demeanor has changed the past couple of races, he’s just so happy and you can see really see it with how he is racing.

“He had back surgery in late 2019 and come back from that.

“That type of surgery is not always successful so to come back and return to form is great.

“Tony (McEvoy) has always thought a lot of the horse, and he is a half-brother to Single Gaze.”

Winning jockey Barend Vorster said he was delighted to have formed a good association with Resurge.

“I won his maiden on him here at Strathalbyn,” Vorster said.

“He has ventured back and forth across the border, but he is really in good form at the moment.

“The team has really got him mentally in the right space, we even had him over a couple of logs last week.

“He is really happy and enjoying his racing.”

Vorster said he had not wanted Resurge to do any work in the early part of the race.

“About the 1100 metre mark I knew if I waited for someone to make a move, I would have to follow them.

“I made my own decision and got him outside them, and I was able to get there without doing too much work.

“From the 700 (metres) they all came with me, but I had good momentum and I knew he was tough and strong.

“When it came to knuckling down in the straight, he quickened really well.

“He had a good look at a couple of markings on the (winning) post but I’m very happy for the connections and the team.”

Despite his issues, Resurge has built a good record of six wins and nine placings from just 32 starts.