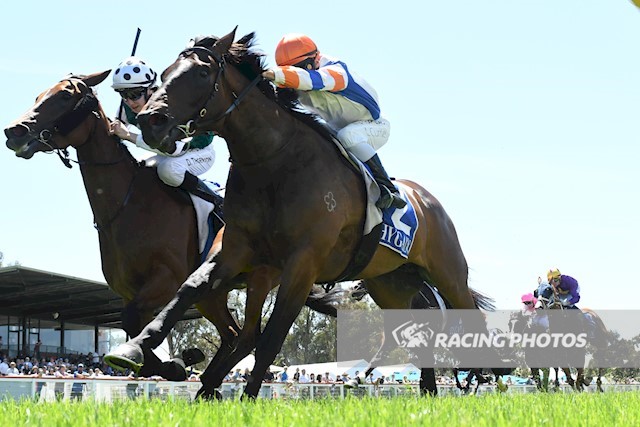 The Tony & Calvin McEvoy-trained gelding began well from a wide draw and Currie had him across to sit second outside the leader early.

Turning for home, Renegade grabbed a break with the runner-up coming off the fence to challenge but the winner held an advantage to the line.

It was Renegade’s second win from just 11 starts.

“It was his first run after a very long break,” Shepherdson said.

“And he had a wide draw which meant we had to ride him up early.

“He trialled nicely at Tatura for his return today but 1400 metres first up was always going to be tough.

“He didn’t want it much further, but it was a courageous win. He’ll make great improvement.”

Shepherdson said as a young horse Renegade was well named.

“He was very immature and had a mind of his own but after his break he has come back a lot more sensible.

“We’ve always felt he had Saturday class ability but just had little setbacks.

“Now we believe he can step up in town.

“I think he’ll run 1600 metres and after today should strip a lot fitter next time.”

Winning jockey Luke Currie said it had been a fabulous win by Renegade.

“He had the class on those,” Currie said.

“It was just a matter of seeing it out first up.

“It was a nice enough tempo, so it was a good effort.

“The runner up was out late but my bloke dug in.

“Hopefully it was a confidence builder for him, and he’ll go on to better things than that.”