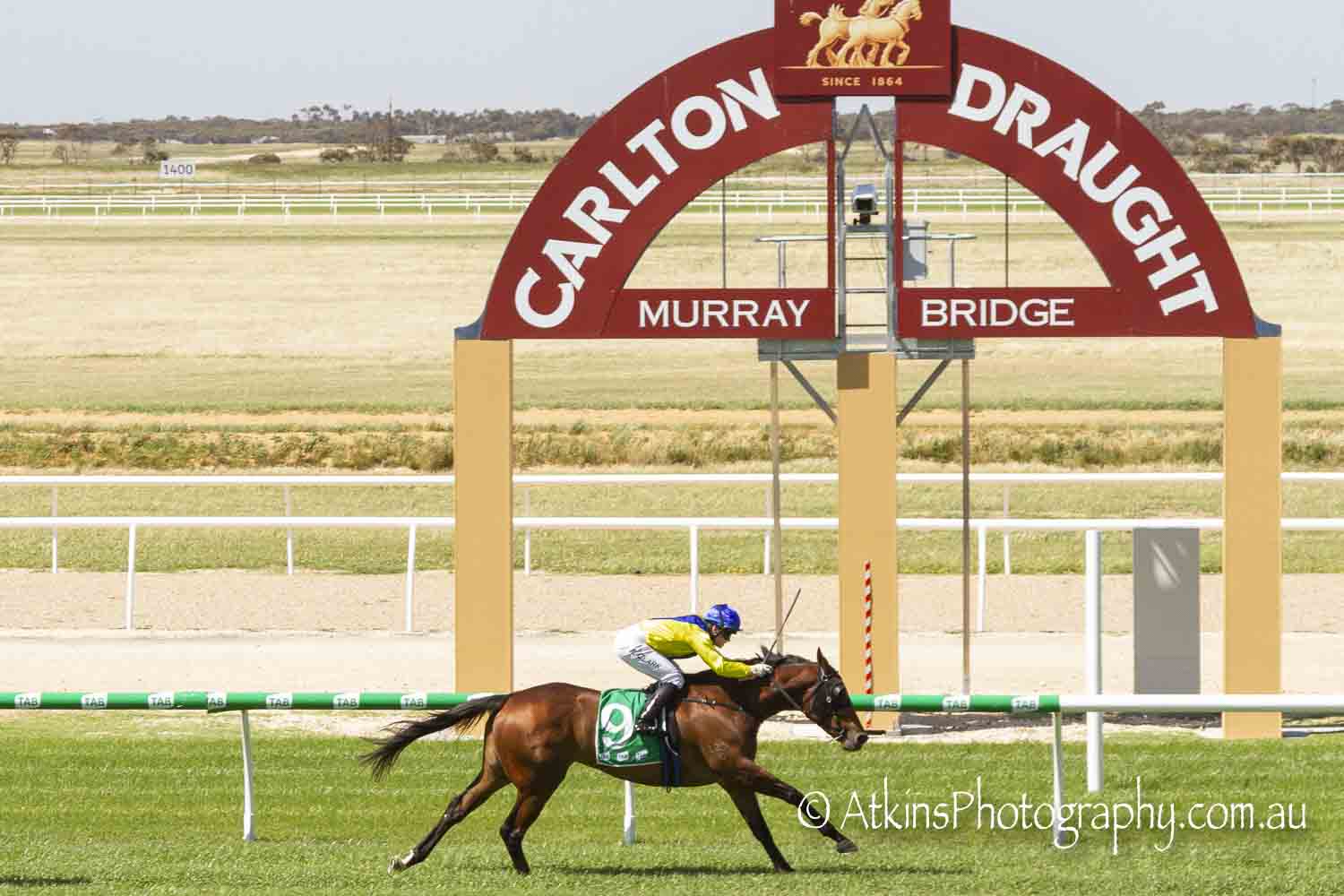 Appreciating the return to Kildalton Park, Angaston, and a positive ride by Raquel Clark, Raabeeha also liked the step up to 1600 metres in the Up And Adam with Adam Connelly Maiden.

Backed from $5.50 into $3.90, the filly sat second early before going clear turning for home and holding off her rivals to win by 2-1/2 lengths.

Rebel Romance ($1.60 favourite) ran on well to give the McEvoy combination the quinella, with Stalagmite ($4), four lengths away third.

Clark had the daughter of Fastnet Rock away well and settled a clear second, some five lengths ahead of the remainder of the field.

The jockey made her move turning for her home and the filly was never really challenged running strongly through the line.

Calvin McEvoy said while the stable preferred the runner up, he knew Raabeeha was capable of running a bold race.

“Raquel rode aggressively and it was the right decision,” McEvoy said.

“Rebel Romance ran another gallant race, and, on form, we thought she was the one to beat, but the quinella was pleasing.

“Raquel had the leader in her sights early and Raabeeha was happy to follow it while I thought Barend (Vorster), on Rebel Romance also had a beautiful position.

“With the long straight I thought he would pick Raabeeha up, but it wasn’t to be.

“She is a well-bred filly, so it was good to have a win for Sheikh Khalifa, Tim Stakemire and the team.”

Winning jockey Raquel Clark was impressed by the win.

“The stable told me she was looking for today’s trip,” Clark said.

“I watched her past races and thought she didn’t have much of a turn of foot and hadn’t been finishing her races off.

“When she was happy to be up second on that tempo, I let her do it.

“It was a tough win; she has a big loping action and half-way up the straight I thought she was going to get run down.

“She toughed it out and I hope she goes on with it now.”