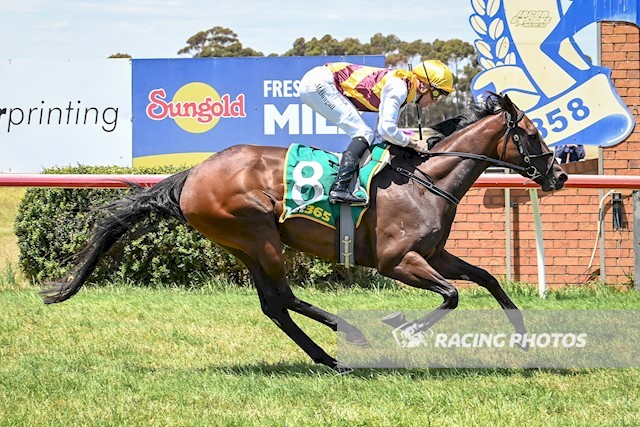 Patience was rewarded when Penfriend dashed away to a maiden win at Terang on Sunday, January 2.

Trained by Tony & Calvin McEvoy, Penfriend was having just her second race start despite being a four-year-old.

“She’s had a lot of aches and pains,” McEvoy said.

“She is not a big mare but has just been really immature.

“Owner Linda Huddy said to give her all the time she needed and hopefully she is going to be rewarded.

“I thought today’s win was very good and I’m sure there is more to come.”

“From gate 11, I asked him to try and give her a smother.

“The mare missed the start and Blaike dropped her straight to the fence and she trucked up beautifully to midfield.

“On the home turn she was travelling beautifully, and Blaike eased her to the middle of the track, and Penfriend let down strongly.

“She gathered in the leaders and won racing away, it was a good ride and a strong win.”

McEvoy said Penfriend, a nicely bred mare, would be given time to recover from the run before her next start was selected.

The mare didn’t make her race debut until a late three-year-old in June last year when she finished midfield at Morphettville.

Penfriend was given a break and today’s run was her first this preparation.